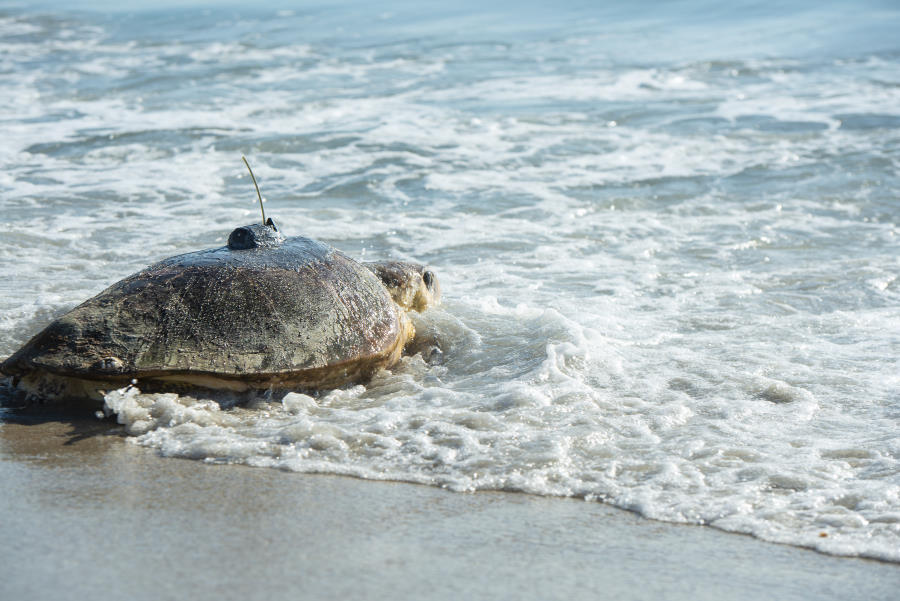 Tour de Turtles is a fun, educational journey that follows the migration of sea turtles from their nesting beaches to their feeding ground in order to determine how far each swims. The one to swim the furthest distance wins.

“Disney’s commitment to sea turtle conservation along Vero Beach, one of the most important turtle-nesting habitats in the western hemisphere, goes back more than a decade,” said Mark Penning, Vice President of Disney’s ASE initiatives. “Our Conservation team conducts daily surveys along the nearly five miles of sea turtle nesting beach surrounding Disney’s Vero Beach Resort in order to identify, mark and monitor sea turtle nests, as well as determine the number of sea turtle hatchlings. This helps us ensure the resort continues to be a special place for nesting sea turtles and for the conservation science, protection and outreach needed to ensure their survival.” “Disney has been an invaluable partner to STC these last 12 years,” said David Godfrey, Executive Director of STC. “With Disney’s support of the Tour de Turtles program, we have learned new information vital to the protection of sea turtles in Florida. Through the Tour de Turtles, STC has identified different foraging behaviors and regions, seasonal movements based on water temperature, and identified new areas that should be classified as critical habitat for loggerhead turtles.”

In addition to Tour de Turtles, Disney Vacation Club members and guests staying at the resort during this time also have the opportunity to join the team on turtle conservation and outings to observe the sea turtles and learn ways they can get involved.