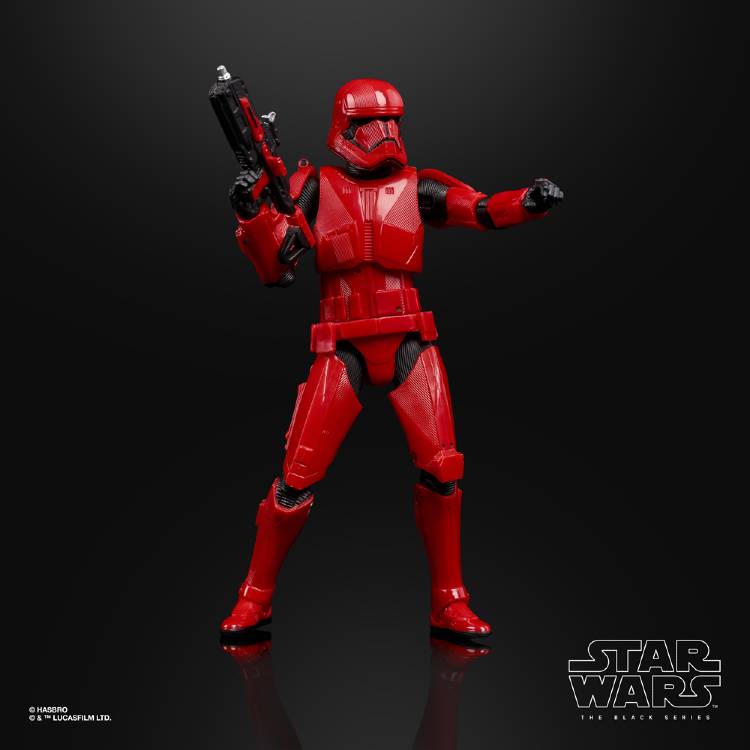 The Rise of Skywalker is the last film in the Star Wars Skywalker saga, but it still has plenty of surprises in store for fans. One was revealed today – a Sith Trooper. Disney and Lucasfilm have revealed a first look at the new Sith trooper from “Star Wars: The Rise of Skywalker” and teased a special exhibit celebrating stormtrooper design coming to San Diego Comic-Con 2019.

The new character is getting a wide assortment of product from the usual toy and collector companies, so get your wallets out if you’re heading to SDCC.

While I love the look of the Sith Trooper and am excited about that the idea might mean for The Rise of Skywalker, the special Stormtrooper armor exhibit is what I’m really sad to be missing. A total of nine different costumes, all screen-used, will be on display at the Lucasfilm pavilion (booth #2913): Imperial stormtrooper, TIE pilot, death trooper, shoretrooper, biker scout, First Order stormtrooper, First Order TIE pilot, Captain Phasma, and Sith trooper. 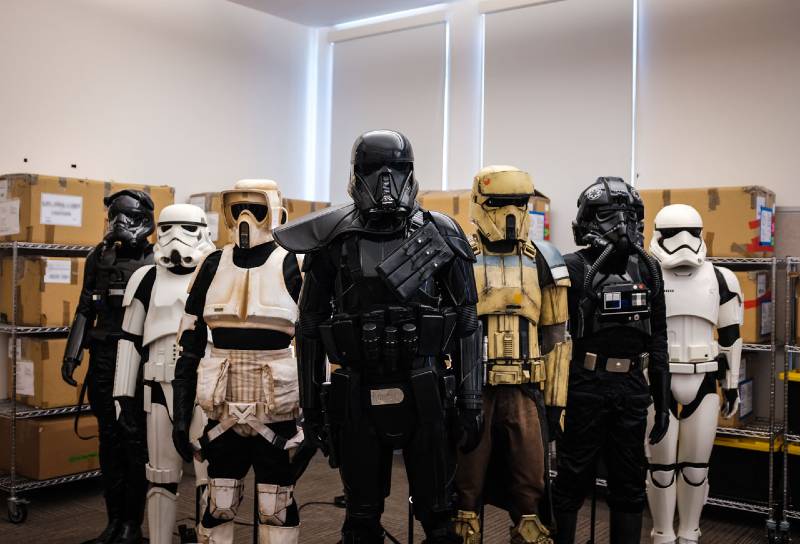 Star Wars archivist Madlyn Burkert says she had to order four new custom mannequins specifically for the stormtroopers. “Most mannequins are made for fashion,” she said with a laugh. “With our armor, we need a different pose.”

The Lucasfilm pavilion will have a visual Death Star theme, and the stormtrooper exhibit promises even more surprises, including a photography and video component, the latter of which will feature Star Wars creators such as concept designer Doug Chiang.

I don’t want this to be a spoiler, but the descriptor ‘Sith’ usually has a special meaning in the Star Wars galaxy. They represent the darkest of the dark side of The Force. The Emperor was a Sith Jedi, but Sith also goes back much further than that and represents a people that were among the first to be in touch with the the Force thousands and thousands of years before the events of the Skywalker Saga. Or, it could just be that red armor means Sith. Hard to tell ahead of the movie.

Are you getting excited for “Star Wars: The Rise of Skywalker?”