Remy’s Ratatouille Adventure (RRA) is remaking the France Pavilion adding a new area that will nearly double the existing size of the pavilion. Word is the construction is slightly ahead of pace with the ride now set to open in Spring of 2020.

Inspired by the Pixar animated film “Ratatouille” the Epcot version will be very similar to the ride that has been operating at the Disneyland Paris resort in the Walt Disney Studios Park since 2014.

Access to RRA will be from around the side of the pavilion. Existing buildings are getting additional theming since they will now be part of ‘on-stage’ area and new buildings are being constructed in the former backstage area as the facade for RRA.

A new creperie restaurant is also opening in the new plaza that will house RRA. 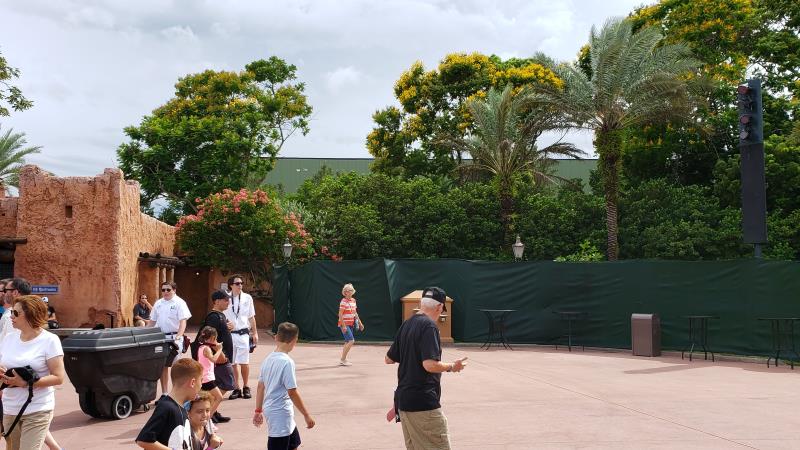 A new film is also coming to France eventually. The new beauty and the beast sing-along will play in the existing “Impressions de France” theater, alternating with the existing movie for the time being. Animation for the new film is being led by Don Hahn, who produced the original Disney animated feature back in 1992.

One interesting thing to note is how close the new Disney Skyliner will pass overhead. This building is believed to be new restrooms for the expansion area. 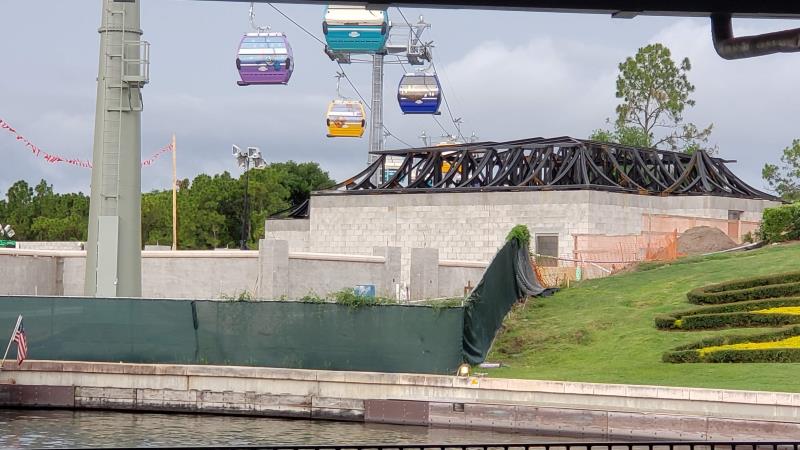 Speaking of the Disney Skyliner, the new station outside Epcot has a decidedly French Art Nouveau design. I’m a fan. 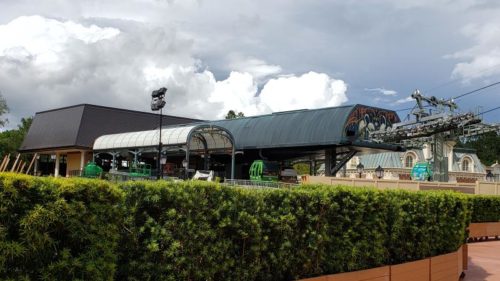 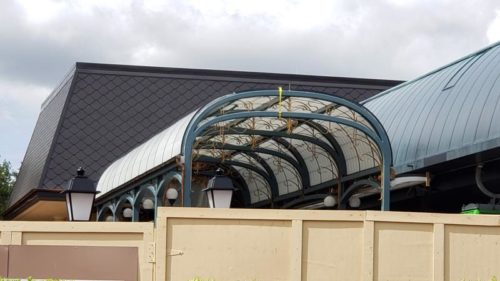 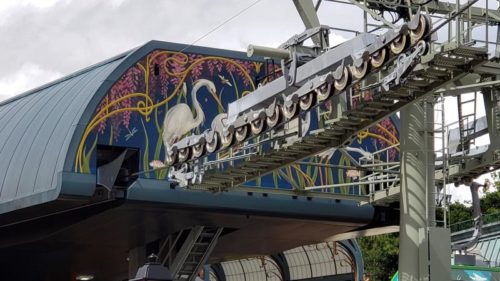 Are you looking forward to Remy’s Ratatouille Adventure and the expanded France Pavilion at Epcot?