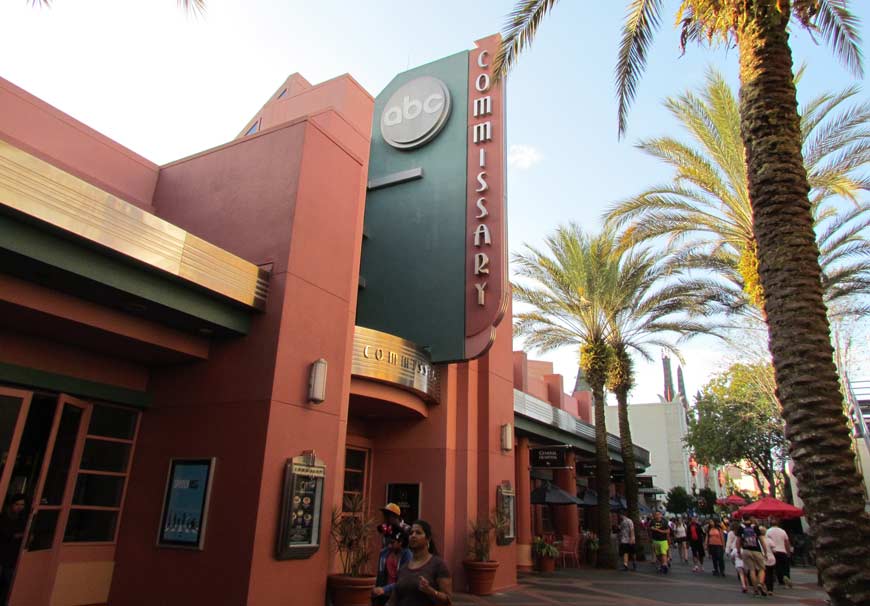 The ABC Commissary at Disney’s Hollywood Studios has reopened after a brief refurbishment to expand seating areas and add self-service drink fountains as it moves to a fast-casual service for dinner. We stopped by during lunch for our first visit after it re-opened last month.

The improvements continue the art deco flair of the original design, but gone are the costume displays from your favorite Television shows and television sets advertising upcoming shows from the Disney family. The new look disposes the natural wood look for a light grey treatment and service stations are moved farther away from the order counter.

New chairs, tables, and carpet are joined by new self-service beverage stations. The new configuration allows for more tables inside where the air-conditioning is, which is nice on a hot summer day.

The biggest change might be the addition of reservations for dinner service. This adds a lower price point meal to your dining options at Disney’s Hollywood Studios, but does require a bit of planning ahead.

What do you think of the new look for ABC Commissary?