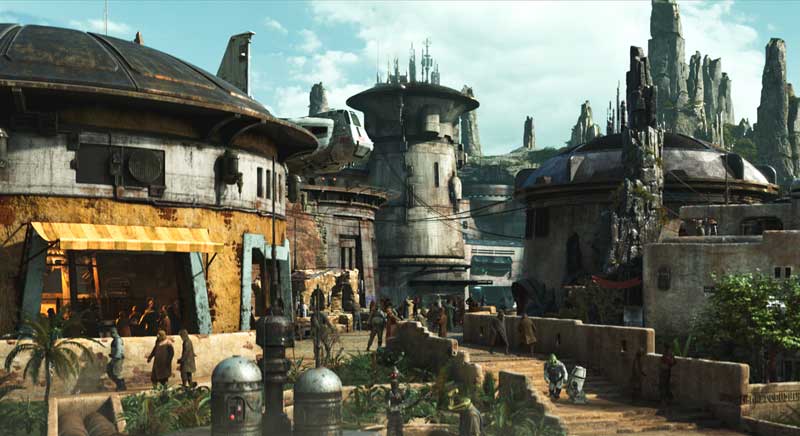 The official opening for Star Wars: Galaxy’s Edge at Disney’s Hollywood Studios is set for August 29. There’s been some speculation on how Disney World intends to handle the crowds and whether they’ll implement a reservation system like they set up at Disneyland, a virtual queue system, or something else. We have our first answer – Passholder Previews.

Platinum, Platinum Plus, and Premier Annual Passholders will be among the first to experience Star Wars: Galaxy’s Edge at Disney’s Hollywood Studios, with special preview opportunities planned before the land’s opening on Aug. 29. As expected, capacity will be limited.

If history is any guide you’ll want to be quick on the registration trigger when the invitation email goes out as the number of passholders vastly outnumbers the availability and preview tickets are first-come, first served.. Although this offer does not appear to include Gold passes which is a large portion of annual passholders, so it may not be so bad.

Disney says to expect more information and registration details for previews to be shared at a later date.