Man Applies for Job at Walt Disney World… on a Billboard 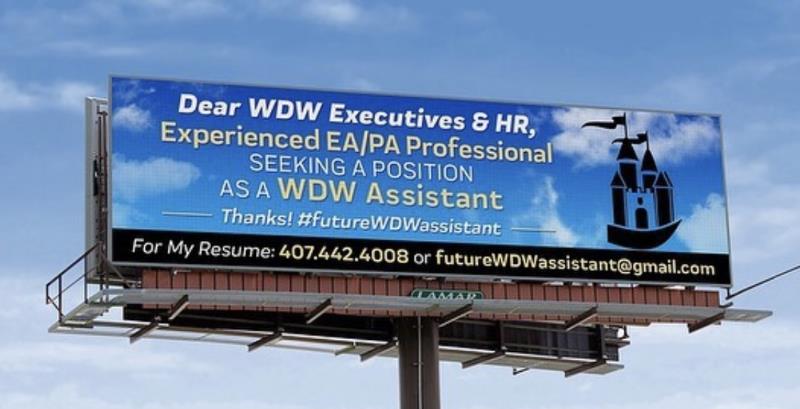 How far would you go to apply for a job at Disney World? Brandon Fox thought he would get creative… so he rented out a billboard.

Mr. Fox previously worked for Walt Disney World (WDW) as part of the Disney College Program. He was a character attendant and later a character captain. He later moved to New York, but now has his sights set on a return to Florida and to WDW.

Mr. Fox says he was riding the subway when he came up with the billboard pitch. The train’s advertisements caught his attention, and he thought that if such advertising worked on him, it might also work on Disney.

“I worked at Walt Disney Parks and Resorts from 2007-2012. It’s always been a dream of mine to return as an assistant,” he said. “Unfortunately- HR gets thousands of resumes everyday and I needed to find a way to stand out.” 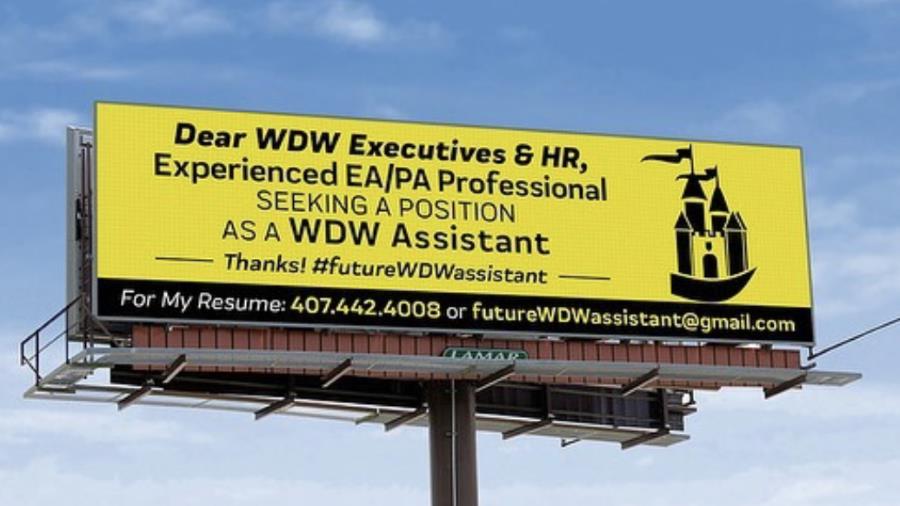 It definitely caught WDW’s attention. In a statement on News6 in Orlando, a WDW spokeperson said: “We appreciate the creativity and encourage anyone interested in a role with us to apply at disneycareers.com.”

When told about the statement, Mr. Fox said that it’s “awesome that they acknowledged the billboard.”

As far as we know Mr. Fox is not yet back in Florida and money-making for the Mouse, though he at least got Disney’s – and our – attention!