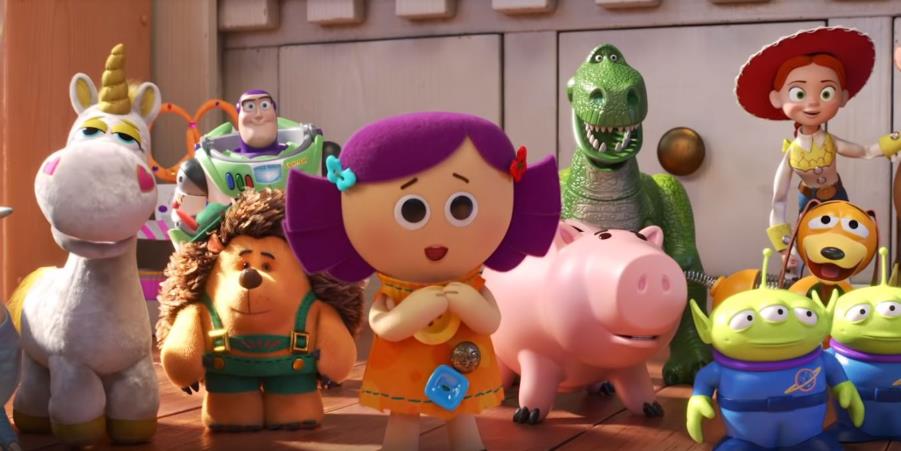 How much do you want to know about the origins of Forky? The new character created by Bonnie in her kindergarten class. In a new TV spot for Pixar’s Toy Story 4, we see how Forky was created and the moment he surprised Woody by coming to life. Now you know what makes a toy, a toy!

Now that Andy has gone off to college, Woody’s loyalty is to Bonnie. But as Bonnie gears up for kindergarten, she’s feeling a little apprehensive.

“Transition is a big thematic piece of this movie,” says producer Jonas Rivera. “Bonnie is growing up and transitioning into kindergarten, and Woody is transitioning into a new role. We’ve never seen him in this situation before.”

As you can see from the image below, a zoom in on the 0:07 mark in the trailer, Pixar puts so much detail into just one frame from the film. From the Disney school bus lunch pail in the lower left, to Woody peeking out from the backpack behind bonnie, there’s already a lot going on. 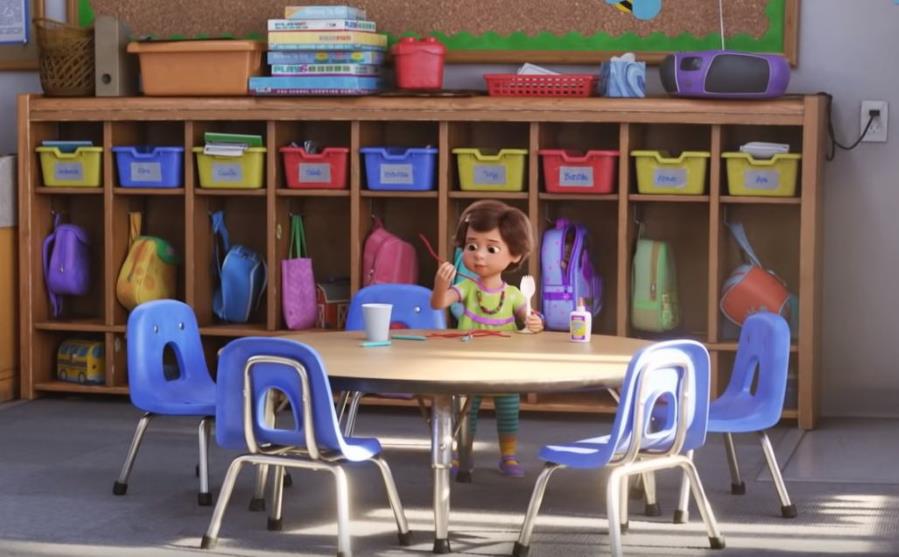 Woody has always been confident about his place in the world and that his priority is taking care of his kid, whether that’s Andy or Bonnie. But when Bonnie adds a reluctant new toy called “Forky” to her room, a road trip adventure alongside old and new friends will show Woody how big the world can be for a toy. Directed by Josh Cooley (“Riley’s First Date?”) and produced by Jonas Rivera (“Inside Out,” “Up”) and Mark Nielsen (associate producer “Inside Out”), Disney•Pixar’s “Toy Story 4” ventures to U.S. theaters on June 21, 2019.

previousDisney Theatrical to reboot Beauty and the Beast on Broadway
nextDisney Domination: Disney Set to “Wow” Box Office This Summer