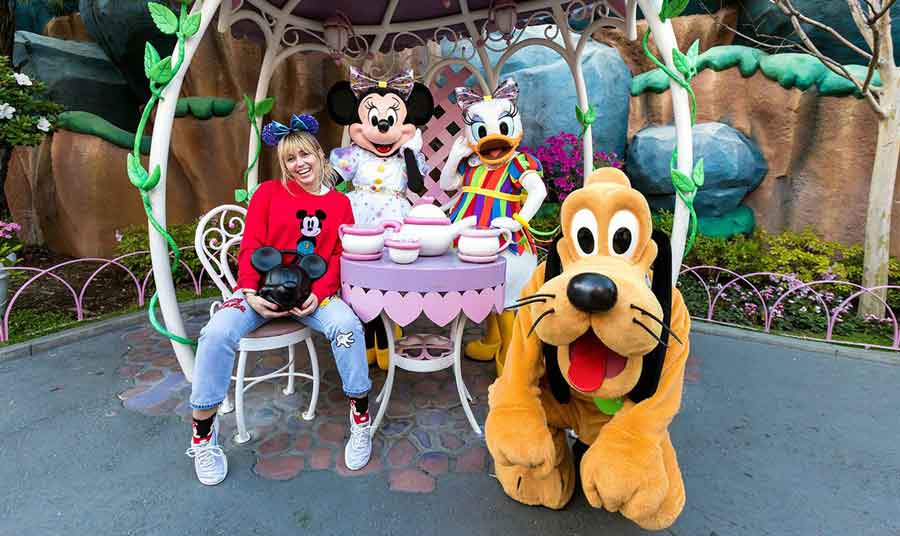 Disneyland recently welcomed back global pop star Miley Cyrus, better known as Hannah Montana to millions of Disney fans. She posed in ToonTown with Minnie Mouse, Daisy Duck and Pluto during the park’s ‘Get Your Ears On – A Mickey and Minnie Celebration.’

Hannah Montana aired its first episode on the Disney Channel 13 years ago last month. The series (including the 2009 movie “Hannah Montana: The Movie” propelled her to super stardom, although with a father like Billy Ray Cyrus, you have to think she would have gotten there eventually.

Are you a fan of Miley Cyrus? Which Disney attraction would you like to ride with her? Do you remember when she had her Sweet Sixteen Birthday at Disneyland?