What’s better than one Genie? How about five Genies? To celebrate the 5th anniversary of Aladdin on Broadway, 5 current and former Genies stopped the show following today’s matinee with a medley of Aladdin hits at the New Amsterdam Theatre.

The medley, staged by Tony Award winning director Casey Nicholaw and written by Tony nominee Chad Beguelin, was a tribute to the show’s most iconic songs ending with a performance of “Friend Like Me” as you’ve never seen it.

Kind of reminds me of the old Aladdin show at Disney’s California Adventure in the show stopping number “Friend Like Me” with a stage full of Genies. Also, man that James Monroe Iglehart can belt one out. Iglehart is currently playing Marquis de Lafayette/Thomas Jefferson in Hamilton on Broadway.

It was a big night and members of the cast joined in the celebration. 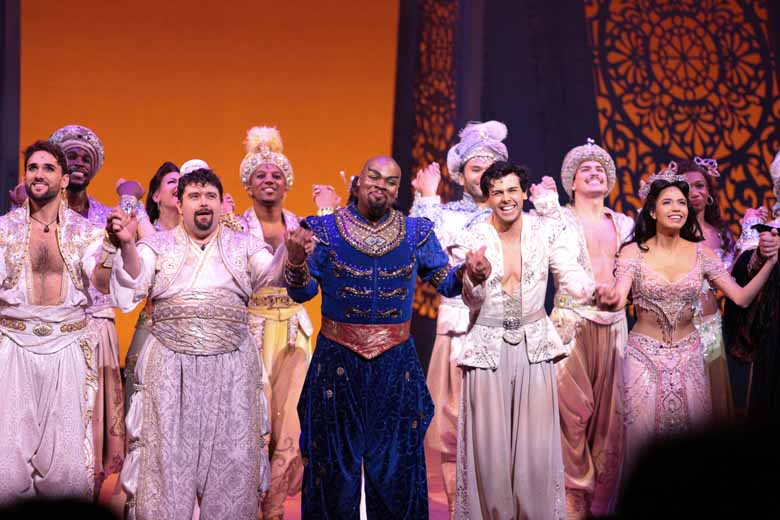 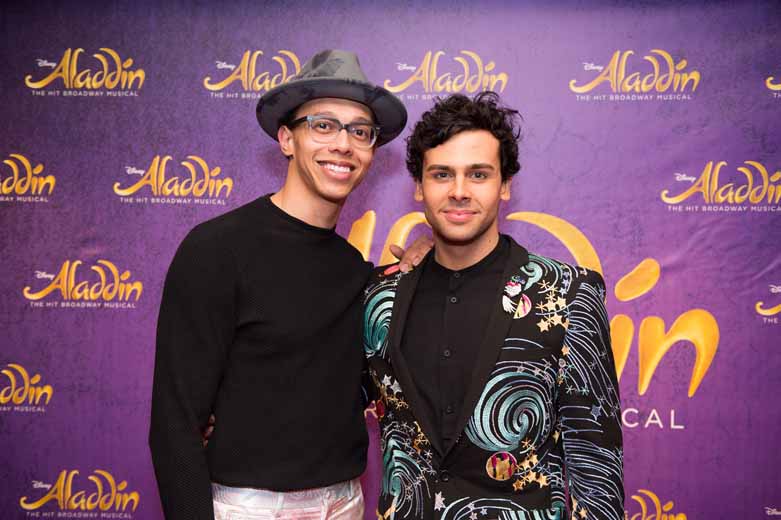 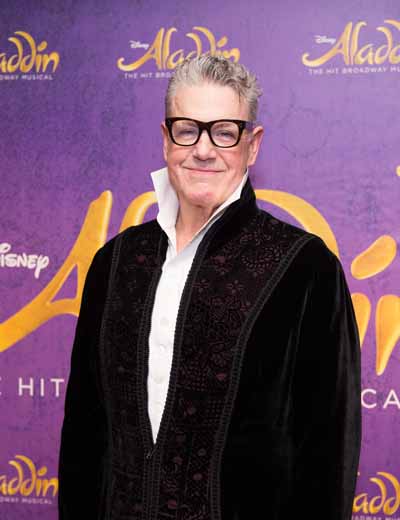 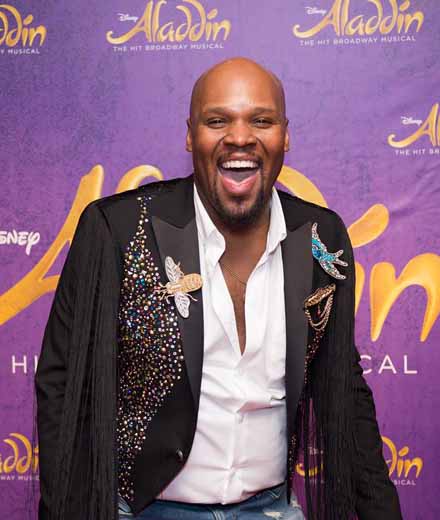