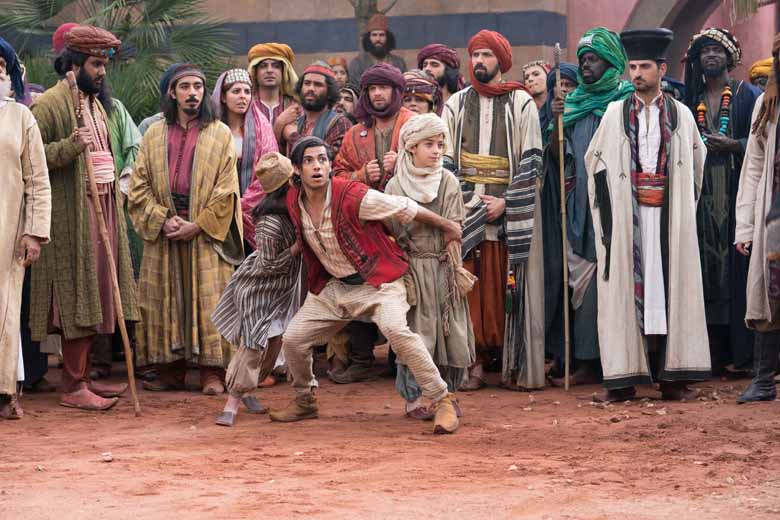 We’re looking forward to the live-action adaption of Disney’s animated classic feature “Aladdin.” The story of how a charming street rat met a self-determined Princess Jasmine and, together with a magical Genie, defeated the evil Jafar is based on the Arabic folktake of the same name from One Thousand and One Nights.

In the new TV Spot “Within” we hear a bit of narration from Will Smith’s version of The Genie. That’s a lot of power within one small lamp.

There’s also a new set of photos from the film that were just released. The costumes, colors, and set design is fantastic. Let’s hope the screenplay and acting measure up too.

One thing I know, I am falling in love with the soundtrack for this movie even just with the snippets presented in the Aladdin trailers. What do you like about what you’ve seen in the trailers for Disney’s Aladdin?