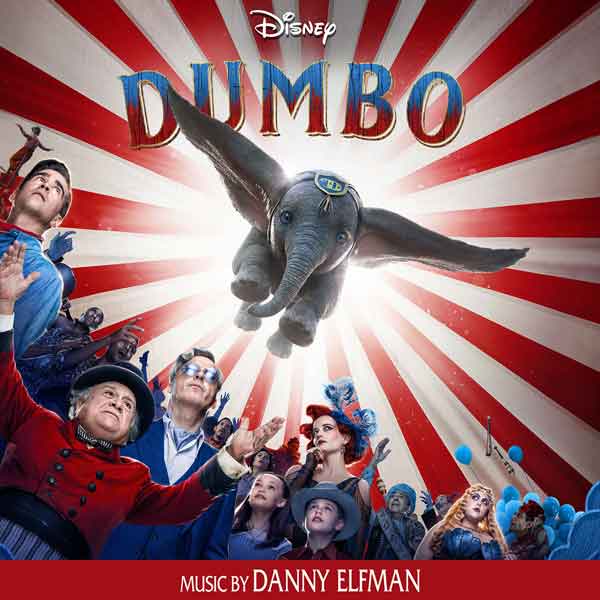 Peanut Butter and jelly, dustpan and broom, the ocean and sand, and peas and carrots. These things go together just like a Danny Elfman soundtrack goes with a Tim Burton film. They’ve recorded 17 features together. You almost can’t encounter one without expecting the other. Burton directed the new live-action re-imagining of Walt Disney’s animated feature “Dumbo” and its score was composed by Danny Elfman. It’s a creative partnership as natural as breathing air.

According to Elfman, Burton has a similar approach to the music in all his films. “It’s finding the tone,” says Elfman. “Every one of Tim’s films has been unique for me in that way.”

“‘Dumbo’ is a very heartfelt story,” said Elfman. “The baby elephant has so much expression coming from his baby elephant eyes. That just makes it really fun to get into and play those emotions. We knew that we would have to find a musical identity for Dumbo that was purely Dumbo. Tim wanted me to find a very simple theme because he feels it’s a simple story.”

Elfman’s score was performed by an 85-piece orchestra and choir in London. The orchestral score features a low flute in Dumbo’s sadder moments, as well as occasional Indian flavor. Elfman also celebrates the circus within the score–he even wrote themed music that plays in the background during the circus in the film.

Elfman said his main focus was the cast of characters and what they experience. “Dumbo definitely has a theme,” said Elfman. “It’s very simple, which is what Tim wanted, and it’s used throughout the entire score.”

There’s also a theme for Max Medici, and V.A. Vandevere has what Elfman describes as “a bit of a wicked thing.”

You can download a digital version of the soundtrack today or pre-order the physical album for delivery on April 5.

If you’ve seen the movie you know that Elfman’s score provides the lift for the movie at key moments, just as Dumbo’s flying lifts the spirits of those on screen. As I said in my review, I really enjoyed how Elfman worked in iconic songs from the 1941 Dumbo into the 2019 version. The Elephants on Parade section was probably my favorite.

Your purchase via Amazon will help support The Disney Blog. Thank you.