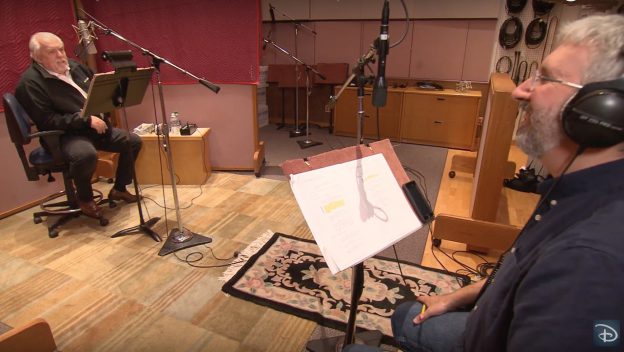 Opening March 31 at Disney’s Hollywood Studios Lightning McQueen’s Racing Academy will bring an immersive ‘Cars’ experience to the park’s guests. In the attraction guests will come face-to-face with racing legend Lightning McQueen and also see and hear from his friends Cruz Ramirez, Tow Mater, and more.

One of those friends is Mack, Lightning McQueen’s closest companion and his transportation trailer. Mack is voiced by John Ratzenberger, who has contributed his voice to every Pixar Animation Studios feature film and is considered the studios’ lucky charm. So of course he’s a part of Lightning McQueen’s Racing Academy.

Ratzenberger recently went back to the recording studio to give voice to Mack for Lightning McQueen’s Racing Academy.

Mack’s role begins when you enter the theater as he and Sally Carrera welcome all rookie racers and test your knowledge of Lightning McQueen as you take your seat and get ready for the show.