After nearly an extra decade of public display, more in some cases, Walt Disney World is planning to remove its Walk Around The World paving stones. The bricks were only sold with a guarantee of being around for 10 years. With the last bricks sold in 2001, that means 2011 was the expected end of life for Walk Around The World. Disney got many more years out of them as did the guests who purchased them.

Alas, the method in which the bricks were laid means its impractical to individually remove the bricks, let alone categorize them and hold them for the original purchasers. So it’s likely they’ll end up crushed and the materials recycled.

Many people purchased the bricks as a way to commemorate a special occasion, remember a loved one, or perhaps that person you bought the brick with is no longer with us and now the brick has extra meaning. If this is you, Disney is offering a way to purchase a commemorative replica of your brick so you can have it yourself at home. 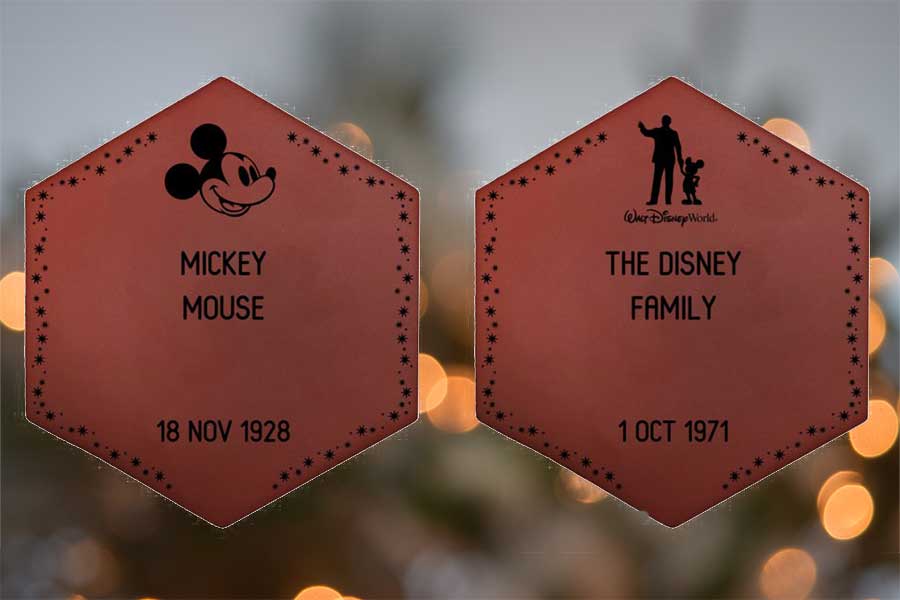 On your next trip to Guest Relations at Disney Springs or City Hall at the Magic Kingdom, you will need to verify your brick by sharing the name and hometown of the guest who sponsored it.

You will then receive a voucher good for the purchase of one 6 inch commemorative brick. It will cost $10. The program will run now through August 31st. You can pick up your brick at Tomorrowland Light & Power Co. in the Magic Kingdom or the Marketplace Co-Op in Disney Springs.

If you won’t be in the Orlando area soon, you can email [email protected] or call 407-828-2701 to verify your brick and receive a voucher good at shopDisney.com with which you can purchase one commemorative brick for $10 plus tax.

Disney is also selling customizable replica bricks to those who did not originally purchase a brick. A 6″ brick is $29.99 plus tax and an 8″ brick is $49.99 plus tax. Ornaments are coming soon soon. These bricks are available at Tomorrowland Light & Power Co., Marketplace Co-Op and online at shopDisney.com.

Disney has also announced that they’re removing the Leave a Legacy monolith garden at the entrance to Epcot. However, these will just be relocated to an area outside the gates.

The next question is where is Disney planning to remove the bricks first? Up first is the Transportation and Ticket Center where Disney has already started a new makeover project that will change the tram loading and unloading zones and add more bag screening stations. That will be followed by changes to the entrance to the Magic Kingdom and then the pathways around the Seven Seas Lagoon where many other bricks are located.

Right now there aren’t really any other programs that allow guests to ‘be a part of the magic’ by having their name or likeness in or near the parks. Is this something you’d be interested in again in the future or is the removal of the Walk Around The World paving stones turned you off of the idea?

previousWith the arrival of Captain Marvel the future of Marvel Studios’ is female.
nextFour Fox properties that fit well with Disney Parks