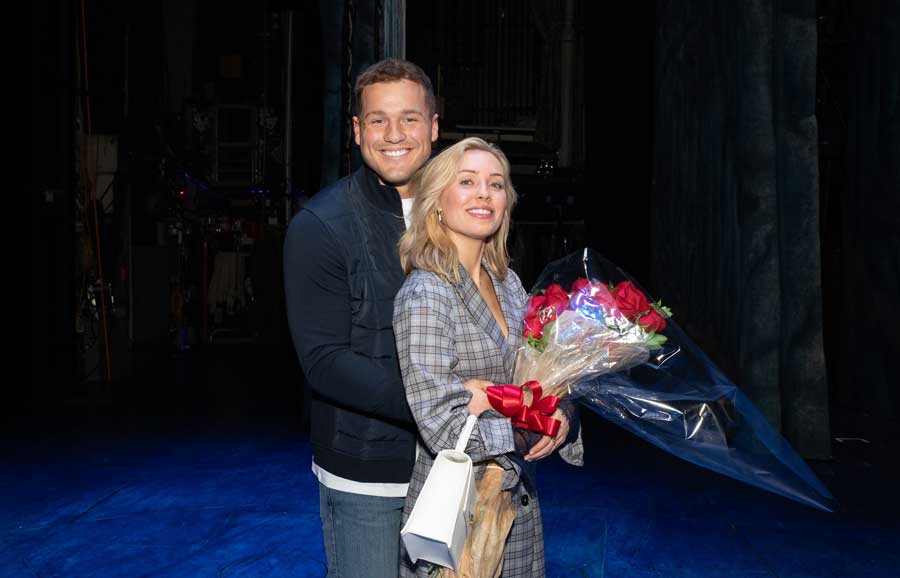 Earlier this week, ‘The Bachelor,’ Colton Underwood, and his girlfriend Cassie Randolph announced they had chosen Frozen on Broadway as their first official date, and that they would attend the hit Broadway show. Frozen star Patti Murin, who plays Anna in the musical, welcomed the couple onstage at curtain call in front of the sold-out house at the St. James Theatre.

The audience sure sounded excited to see Colton and Cassie up on stage.

Frozen on Broadway recently welcome new cast members to the stage including: Joe Carroll (Once, Rodgers + Hammerstein’s Cinderella, Bandstand) and Ryann Redmond (Bring It On The Musical, If/Then) will join the company as Hans and Olaf, respectively, and current cast member Noah J. Ricketts will assume the role of Kristoff. Ms. Redmond’s casting marks a milestone: She is the first woman cast as the beloved snowman Olaf in any production of Frozen.

Frozen’s acclaimed original stars Caissie Levy (Elsa) and Patti Murin (Anna) will continue with the production. Frozen is produced by Disney Theatrical Productions under the direction of Thomas Schumacher.