Captain Marvel is now encountering guests at S.H.I.E.L.D. Hangar 12 in Disney California Adventure where she inspiring them to go Higher, Further, Faster, as her jet fighter is being readied for a special mission. This meet and greet background must be one of the largest ever created for a character photo opportunity.

Marvel Studios’ Captain Marvel continues to perform very well at the box office after a record setting opening weekend. Carol Danvers, aka Captain Marvel, is sure to draw long lines of fans as more people go out and see the movie.

And another video with a bit more footage:

Disney California Adventure is in the middle of building an entire new Marvel-themed land in the former Bug’s Land area of the park. The new area is expected to open in 2020 with a Spider-Man themed attraction and spaces dedicated to the Avengers. The two new attractions combined with Guardians of the Galaxy – Mission: BREAKOUT! will form the first expansive Marvel super hero land built by Disney at its domestic theme parks. 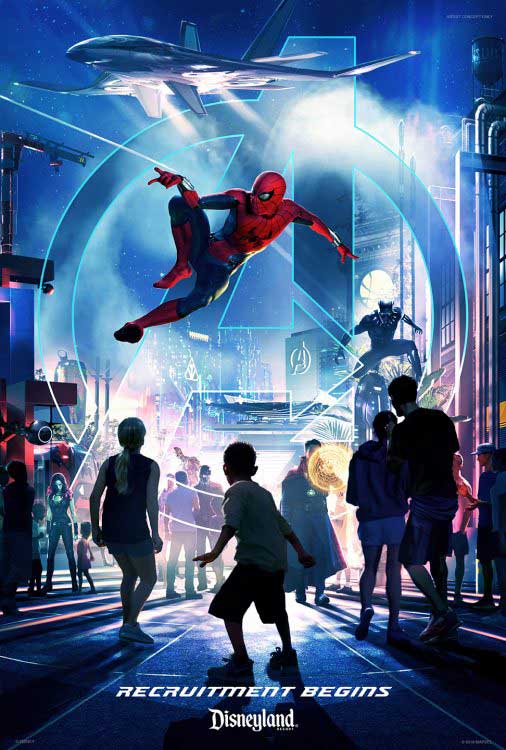