We learned a lot about Star Wars: Galaxy’s Edge this week. We now know that the land will open first in Anaheim, CA at Disneyland on May 31 of this year and later on August 29 out in Orlando, FL at Disney’s Hollywood Studios. To help build excitement Disney has been sharing a few sneak peeks of what guests will find in the land, including a bunch of new merchandise, with a heavy focus on apparel.

Guests are going to be encouraged to take on the role of smuggler, resistance fighter, or first order sympathizers, so Disney is offering a range of apparel that will help guests get into the role they choose.

We previously learned the names of many of the various stores visitors to Black Spire Outpost will encounter and saw some of the merchandise that will be available for purchase.

All the merchandise will fit in with the backstory Disney’s Imagineers created for the outer rim planet of Batuu. On one side is a resistance camp and on the other a First Order base, in between is a small community of smugglers and traders in Black Spire Outpost. 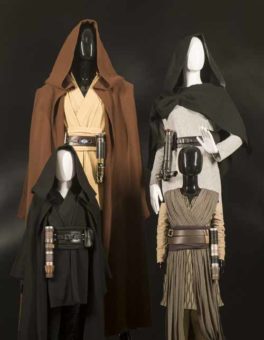 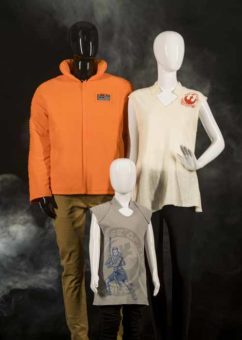 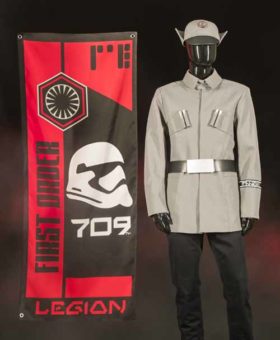 At Black Spire Outpost in Star Wars: Galaxy’s Edge, guests wanting to showcase their allegiance to the First Order will be able to choose among the gear and supplies that the 709th Legion brought with them to First Order Cargo. 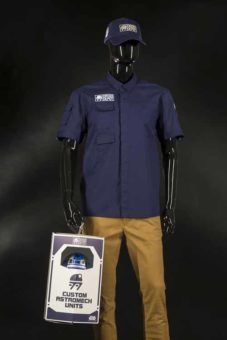 At the Droid Depot in Star Wars: Galaxy’s Edge, guests can choose from an assortment of droids, apparel and other droid-inspired products. Guests will even be able to build their own custom astromech unit. 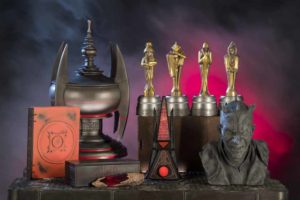 Rare and unique items, including relics left behind by the Sith 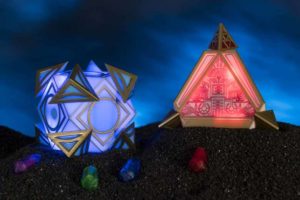 Holocrons, pictured here, are ancient repositories of wisdom. Jedi and Sith used them to record their teachings for future generations seeking to understand the mysteries of the Force.

As a guest you’ll be able to pilot the Millennium Falcon on the Smuggler’s Run attraction and the success or failure of your mission may impact how you’re treated in the shops and stores of Star Wars: Galaxy’s Edge.

In Rise of the Resistance, you’ll come face to face with the First Order as you blast off into space on a special mission for the resistance. On your journey you’ll encounter characters like Rey, Poe Dameron and BB-8 plus the fearsome Kylo Ren from the recent trilogy.

What do you think of the new apparel and other merchandise choices you will find in Star Wars: Galaxy’s Edge?