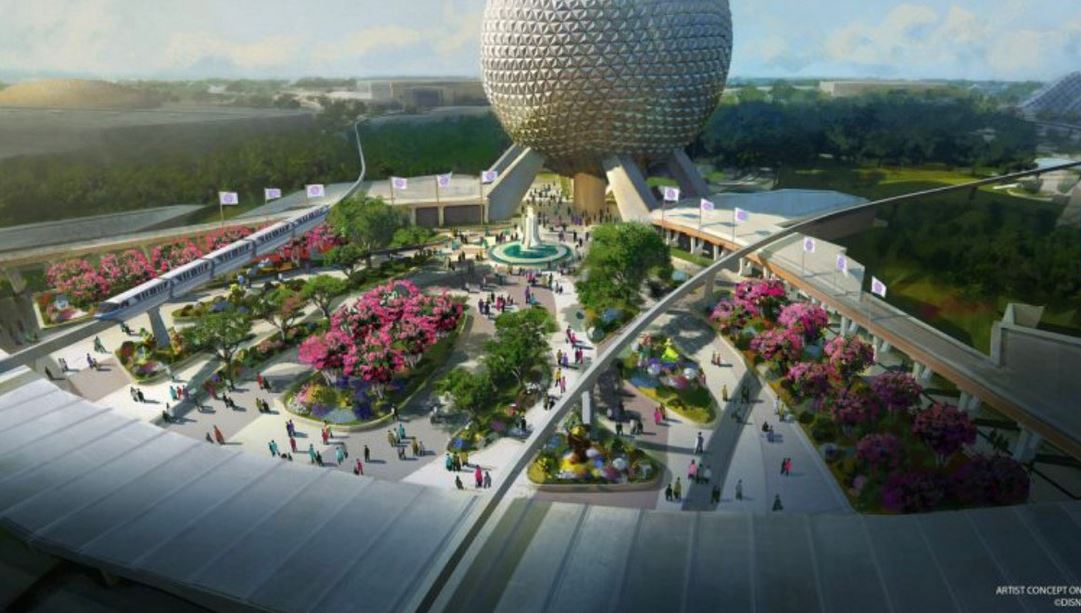 Epcot recently announced a new main entrance and a Play pavilion coming to the Future World portion of the park. This is part of a previously announced makeover of the core section of Future World that will include removal of the original Communicore / Innoventions buildings. This week Disney filed its first permit signalling that the demolishing of some of those structures is about to begin.

It’s believed the main buildings being demolished include: Club Cool, Starbucks, and a small handful of character meet and greets in the former Innoventions West area.

The character meet and greets will find temporary homes in other places of the park (like the Imagination pavilion) and eventually permanent homes in the new Play pavilion (although that may not be its final name). We have to imagine that Starbucks will be relocated somewhere (possibly the old Odyssey building which is now being used as a festival center) being a big money maker for the park. But we’re less certain about Club Cool.

Right now, you can find all the flavors from Club Cool at the Coca-Cola building in Disney Springs, but the catch is that you have to pay for them. Could this be the end of free Beverly shots? Probably.

It’s not clear if the same permit would include removal of the Leave a Legacy monoliths that will be part of the Epcot entrance upgrade project, but work is expected to being on their relocation shortly as well.

The demolition process could begin any day with relocation of Leave A Legacy finished in early 2020. The larger Future World makeover project is expected to last into 2021 when Walt Disney World begins is 50th Anniversary Celebration.

We don’t yet know when demolition will begin on the East side of Future World’s core, where MouseGear and Electric Umbrella currently operate. But it’s believed the big makeover will eventually claim those buildings as well.

So far no official announcement has come from Epcot as to exactly what sort of facilities will open up in the new vision of Future World. Stay tuned to The Disney Blog for more when we hear it.

HT: Disney Day by Day and BlogMickey, who we think were first with the news about these permits (although they disagree on what they mean). If this is wrong, let us know and we’ll update with credit.