Made by fans of Walt Disney and his theme park legacy, “The Further Adventures of Walt’s Frozen Head” has been making its way through the festival circuit. Now, in less than two weeks, the movie will have an online premiere event available to watch for free.

Yes, this film was made without the permission of the Walt Disney Company with many scenes filmed inside Walt Disney World without the company’s permission. Not something I recommend for any future filmmakers, but not the first time that’s been done (and I’m sure it won’t be the last either).

The movie promises to be a quirky comedy about a low level theme park employee, Peter, who stumbles on to a big secret – the frozen head of Walt Disney. Walt’s head is defrosted every year to oversee his company’s creative vision and guard his legacy, but when management scoffs at taking him above ground to see the Magic Kingdom, he recruits Peter for an adventure. 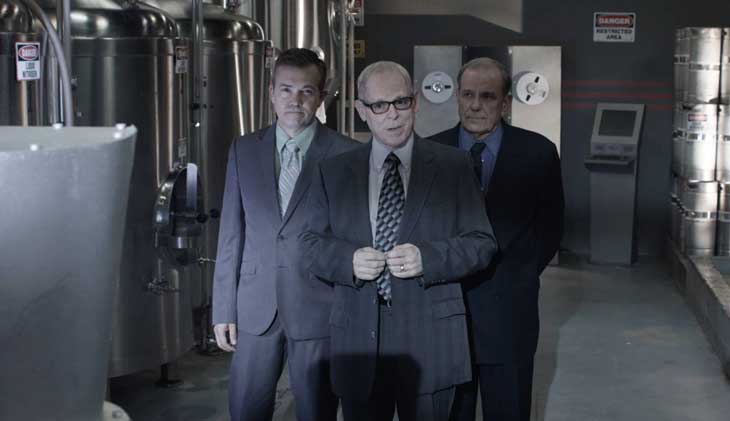 “Walt’s Frozen Head” stars Ron Schneider as Walt and Daniel Cooksley as Peter. Among his many theme park roles, Schneider is known for originating the strolling character of Dreamfinder for the much beloved Journey into Imagination pavilion at Epcot.

“I’ve been a passionate fan of Walt Disney’s since the 1950s, I never could have imagined I could have been a part of anything like this,” says Schneider. “It’s a wild story told with respect, humor and a lot of love.”

You can watch the full trailer here:

If you want to bookmark this page, this video below will start at 8:30pm Eastern on March 14.

The cast and crew will be online and engaging in the comments to welcome fans who join in to watch.

I love to see movies being made in Central Florida an the urban legend of Walt Disney’s cryogenic preservation is certainly rich fodder for a movie. However, you can see why Disney, the company, and the Walt Disney Family would never approve a film like this.

Make sure to come back and watch the free online world premiere of “The Further Adventures of Walt’s Frozen Head” on March 14th at 8:30pm eastern.