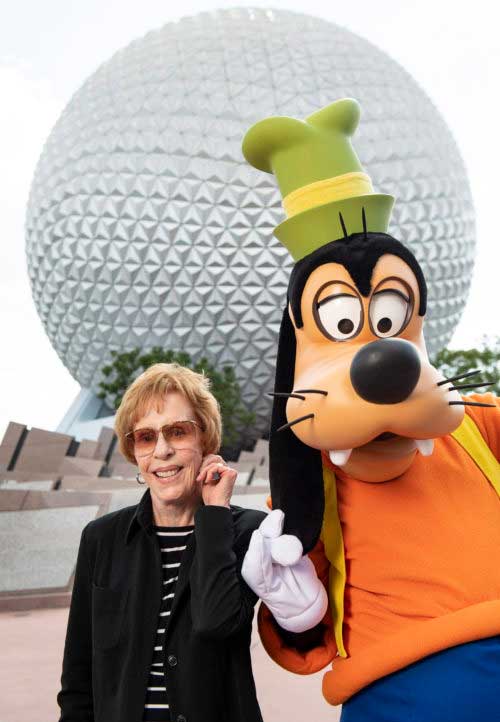 The sounds of laughter were a little louder at EPCOT on Sunday when comedy legend Carol Burnett stopped while in town for her latest comedy tour. Burnett was joined by Disney’s comedic talent Goofy near the park entrance. The two paid homage to Burnett’s famous ear tug, which closed every episode of her hit television show.

Burnett’s work for Disney in the past includes a voice over on the English language dubbed version of Studio Ghibli’s Arrietty. She appeared on The Wonder World of Disney revival in 2005 as Queen Aggravain. But surprisingly, not much else.

Burnett also has a new comedy special on Netflix called “A Little Help.”