Walt Disney Animation Studios has dropped the first teaser trailer for Frozen 2 – the much anticipated sequel to Disney’s mega-hit movie that had children around the world singing about building snowmen and letting it go.

The Academy Award-winning co-directors Jennifer Lee and Chris Buck are back as are the original voices of Idina Menzel, Kristen Bell, Jonathan Groff and Josh Gad, as Elsa, Anna, Kristoff, and Olaf respectively. The music of Oscar-winning songwriting powerhouse duo Kristen Anderson-Lopez and Robert Lopez will also return.

Looks like more an an action-adventure than the first film. And this doesn’t look like Arendelle to me.

It’s a Hollywood truism, that if you plan to make a trilogy, the middle film has to be darker. Looks like Disney is following that strategy in Frozen 2.

Here’s a look at the first poster for Frozen II: 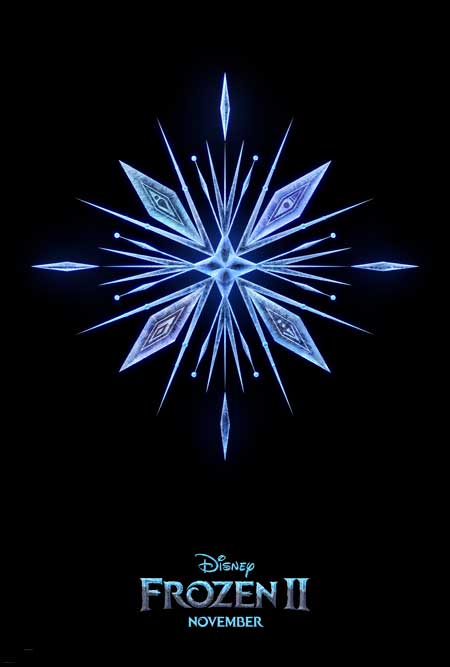 What did you like about Frozen that you hope returns in Frozen 2?

previousLando Calrissian reportedly has a key, but small role in Star Wars: Episode IX
nextFairest of All: A Tale of the Wicked Queen – Book Review