I feel contractually obligated to share every bit of Disney Skyliner news with you dear readers. But I try to limit myself to the big landmarks. For instance, this week the Gondola guest cabins made their first test run between Disney’s Caribbean Beach Resort and Disney’s Hollywood Studios. 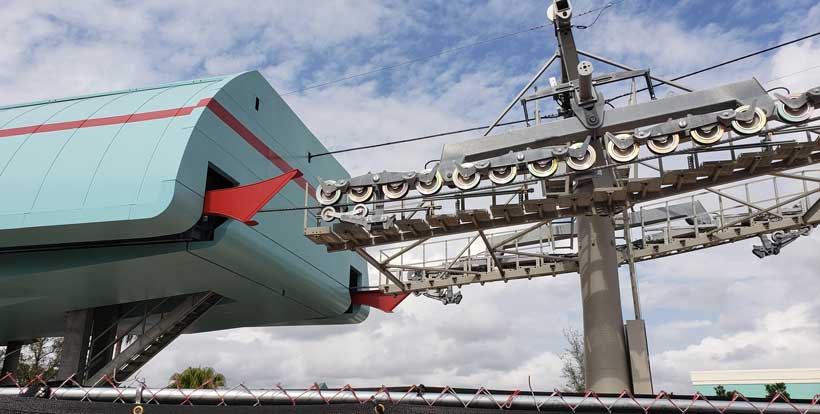 This first test was just a simple run across Victory Way, which separates Disney’s Hollywood Studios from Caribbean Beach Resort. As testing continues more and more gondolas will be added to the line and cycling through the system. Later there will be cast member training before opening to the public this fall.