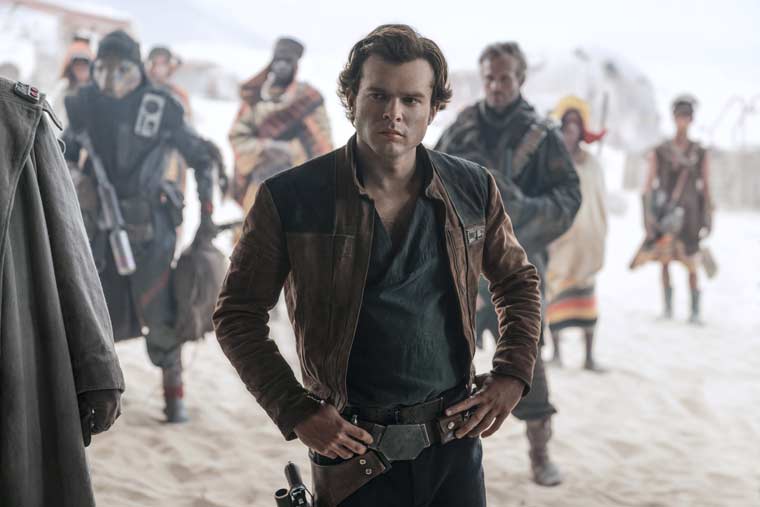 What if I told you that the box office was now under the control of a Dark Lord of the Sith? Well, it’s not (as far as we know), but we do find its lack of faith in Solo: A Star Wars Story disturbing.

Solo was just a simple film trying to make its way in the universe. Young Han Solo joins forces with a gang of galactic smugglers, and along with our beloved Chewie, they devise a plan to steal a batch of valuable coaxium. The quest obviously requires a YT-1300 freighter that has been heavily modified to become faster, stronger, and more powerful, so Solo outsmarts smooth-talking Lando Calrissian, winning a game of Sabacc and acquiring the perfect vessel for the mission – the Millennium Falcon. Adventure ensues…

… box-office success does not. The film made under $400 million worldwide in 2018, making Solo is the lowest-grossing Star Wars film in history.

Some suggest the film’s downfall is due to its May release. Since 2015, Disney has released the Star Wars films in December – until Solo. (Interestingly though, prior to 2015, Star Wars films had been released in May for decades.)

Instead of a Force-filled December, 2018 brought with it The Nutcracker and the Four Realms, Ralph Breaks the Internet and Mary Poppins Returns, earning only $388 million domestically. Disney reports that it expects operating income from its theatrical and home entertainment businesses to be $450 million to $500 million lower than in the second quarter last year, which was the best second quarter in the studio’s history.

Comparatively, in December 2017, Coco and Thor: Ragnarok accompanied The Last Jedi to the big screen. The three films allegedly grossed more than $1 billion at the box office. The Last Jedi was a retail and box office hit. The Force was strong with that one.

Just like fear is the path to the Dark Side, December appears to be the path to modern release success. Though, how future Star Wars releases will fair at the box office is obviously unclear. Difficult to see. Always in motion is the future.