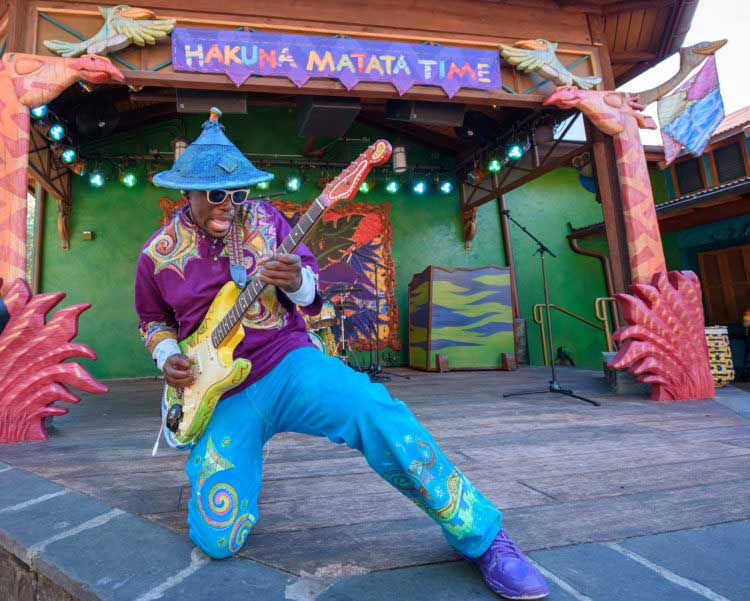 The Festival Of The Lion King show at Disney’s Animal Kingdom is a longtime guest favorite and this summer Disney World is celebrating the 25th anniversary of the original animated feature film with even more from “The Lion King.” “Hakuna Matata Time Dance Party” is a new show on Discovery Island that let’s you spend even more time with your favorite characters from Disney’s animated classic.

Starting at 11:30am with regular shows running through 5:30pm you can take walk on the wild side with Timon and Rafiki from Disney’s “The Lion King.” The family friendly event features music, dance, and games. You never know who will stop by.

There are also new photo backgrounds around Discovery Island celebrating the 25th anniversary of “The Lion King.”

Don’t worry and head over to the Discovery island Stage to enjoy Disney songs set to a cool world beat and party The Lion King way.