Star Wars: Galaxy’s Edge is the 14-acre mega-expansion of Disney’s Hollywood Studios. The incredibly involved project is scheduled to open in Fall of 2019 a few months behind its west-coast clone at Disneyland.

A new series of aerial satellite photos shows some of the latest progress on the Star Wars-themed land, it’s two big attractions (Millennium Falcon: Smuggler’s Run and Star Wars: Rise of the Resistance), and various outbuildings that house the stores, shows, and restaurants from the Outer Rim planet of Batuu? 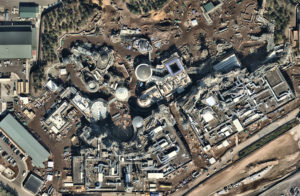 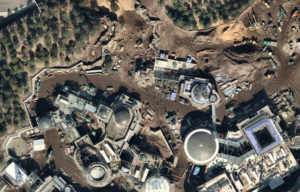 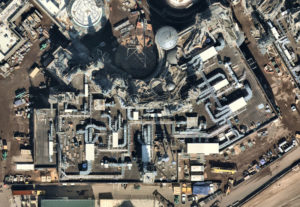 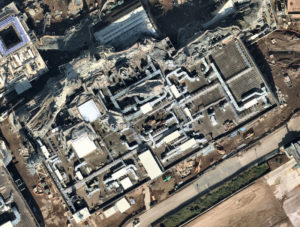 Rise of the Resistance

These photos were snapped on November 21, 2018, which makes them about a month old already. But construction has reached the point where some of the final theming elements, like the Millennium Falcon spaceship are being installed in the land.

Up next for a lot of the land is to lay the themed concrete that guests will use to enter and navigate the land, finish painting and theming the structures and faux rock work that makes up the smuggler’s outpost and First Order section of the land, and lastly get the attractions themselves up and running to the point where Imagineering can begin training the cast members who will run and maintain the rides.

Are you ready for your chance to explore Black Spire Outpost and enter the world of Star Wars in an immersive detailed level never before offered?

Photos are all courtesy Nearmap.