Kevin, the giant bird from Pixar’s Up, is migrating to Disney’s Animal Kingdom 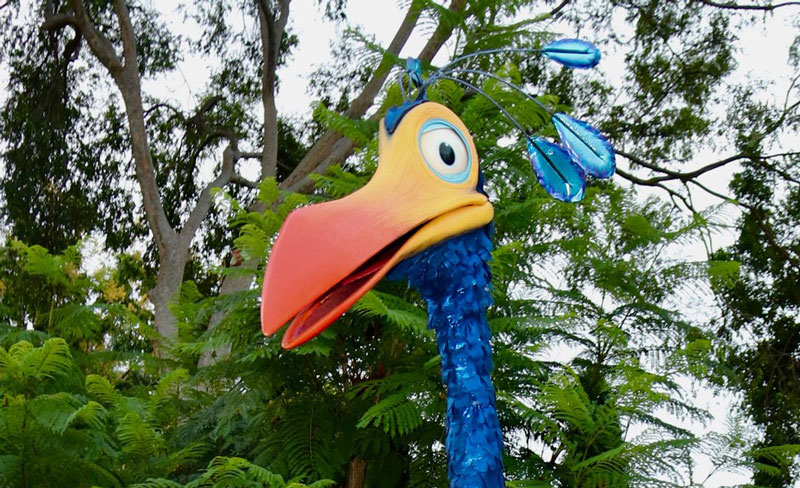 Get ready Wilderness Explorers. You will soon get your first chance to encounter the large and exotic bird known as “Kevin” from the Pixar film “Up” as she migrates north from Paradise Falls to Disney’s Animal Kingdom.

Starting next month, Kevin will join Senior Wilderness Explorer Russell and his dog friend Dug in the show “UP! A Great Bird Adventure” and greeting guests in the park.

Meet ups will happen on Discovery Island and the show takes place daily at Anandapur Theatre.

With the show an the popularity of the Russell and Dug meet and great, this sees like a natural extension of Pixar’s presence in Disney’s Animal Kingdom.

We’ll keep our binocular’s fine tuned and our Wilderness Explorer handbook at the ready and let you know when Kevin makes her first appearance in Disney’s Animal Kingdom.