Star Wars: Episode IX – The one year countdown is on

It’s an exciting time to be a Star Wars fan. We’re a year away from the release of the final film in the Star Wars Skywalker saga and there are a plethora of other projects in the works. Director J.J. Abrams worked on the first film of the third trilogy, The Force Awakens, and he’s returning to finish the trilogy which will open to the public one year from tonight.

Among the new cast is Naomi Ackie, Richard E. Grant, and Keri Russell in an unnamed role and returning to the saga is Billy Dee Williams reprising his role of Lando Calrissian. Dominic Monaghan and Matt Smith have also joined the cast. J.J. Abrams’ good luck charm Greg Grunberg will be back in his role of starfighter pilot Snap Wexley too.

Lastly, J.J. Abrams has received permission from Carrie Fisher’s family to use a combination of existing footage and audio to give the character of Leia Organa the sendoff she deserves. After Fisher’s death in 2016, there was some question if the death would happen off screen or if the character would be recast. We’re hopeful that Abrams will do the right thing here.

But that’s really all we know about the movie so far. As the final film in the saga, the plot could go just about anywhere. We do know our heroes will be tested and I think we can guess that in the end, the forces of the dark side will be on the run. But that’s about it. 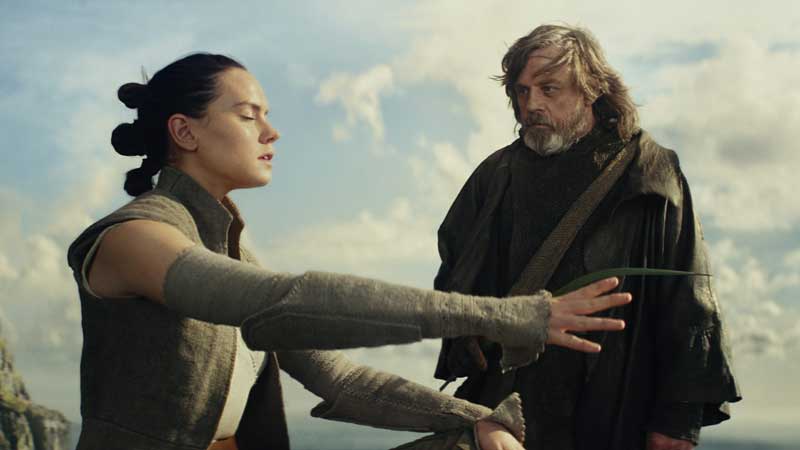 We also don’t know is the official title. There was a rumor yesterday that the title actually might be changing and Disney’s marketing team is rushing to update the work they’ve already done on the film. The same thing happened with Return of the Jedi, which was originally Revenge of the Jedi, with a few promotional posters having already been printed before the name change.

Star Wars fans should also remember that there are two television series in the works, a fantastic animated series in a series of great animation, a handful of web and comic book series, and not one, but two new Star Wars movie trilogies being developed at Lucasfilm. Of course, we haven’t even mentioned Star Wars: Galaxy’s Edge theme park lands that will allow guests to visit an Outer Rim planet in person.

Disney CEO has mentioned that the pace of new Star Wars movies has probably been a bit too fast. I don’t know about you, but having to wait a whole year for the final episode of the original Star Wars saga is a plot from the dark side.

How will the Resistance defeat the First Order? Will Rey discover her parents? Is Luke Skywalker really dead? Can Kylo Ren be saved or is he lost to the dark side of the Force? Let us know about your hopes for the final film in the Star Wars Skywalker saga in the comments.