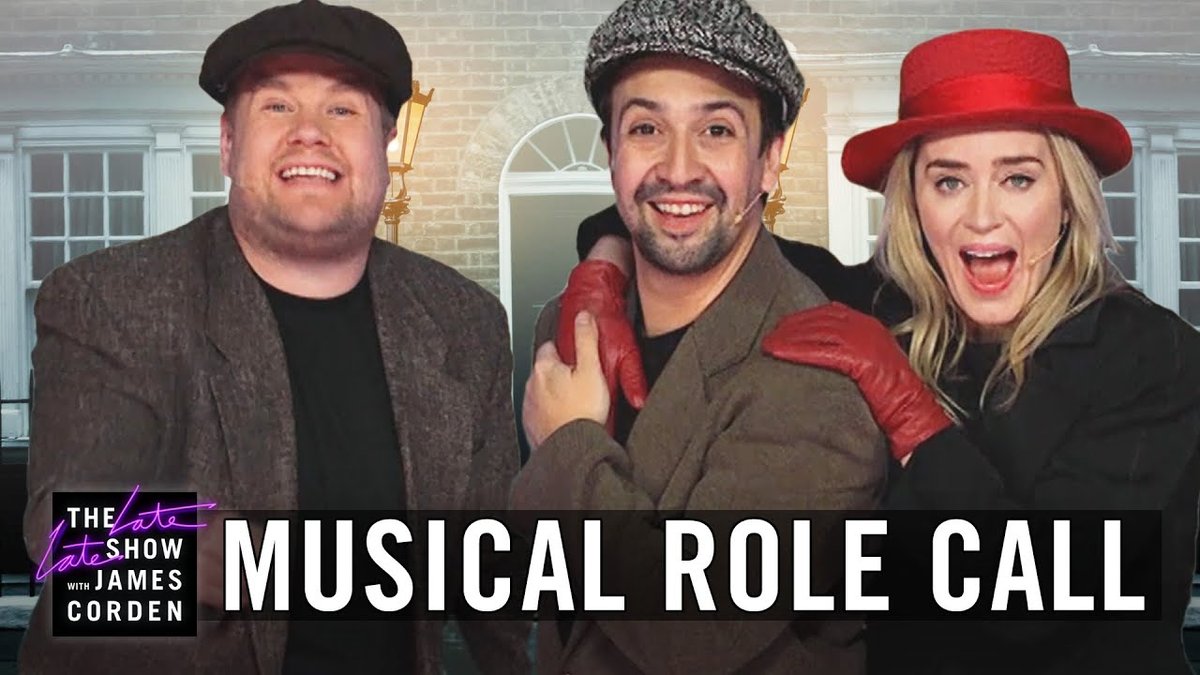 Take 12 minutes of your day and watch this video where late night host James Corden (Disney fans know him from “Into the Woods” where he played the baker) is joined by Emily Blunt (aka Mary Poppins who was in “Into the Woods” with Corden) and Lin-Manuel Miranda (who plays Jack in “Mary Poppins Returns” and wrote and starred in the uber-popular Hamilton musical) perform a Musical Role Call where they run through 22 musicals in 12 minutes. You won’t regret it.

From “Cabaret” to “Evita” and even a surprise take on “The Rainbow Connection.” Of course, there’s a song from Mary Poppins Returns too.

It’s true that Corden loves musicals and Blunt and Miranda were really good sports. Although Lin-Manuel can’t help sliding back into that cockney accent every now and then. Amazing what you can do with a good green screen and a couple props, right?

A little bit of trivia, the same writing crew that did the music for “Hairspray the Musical” also wrote the songs for “Mary Poppins Returns.”

Also totally loved the cameo by Kermit The Frog! Now can we get him to host the Oscars?