Disney After Hours at Disney’s Animal Kingdom – Our Review 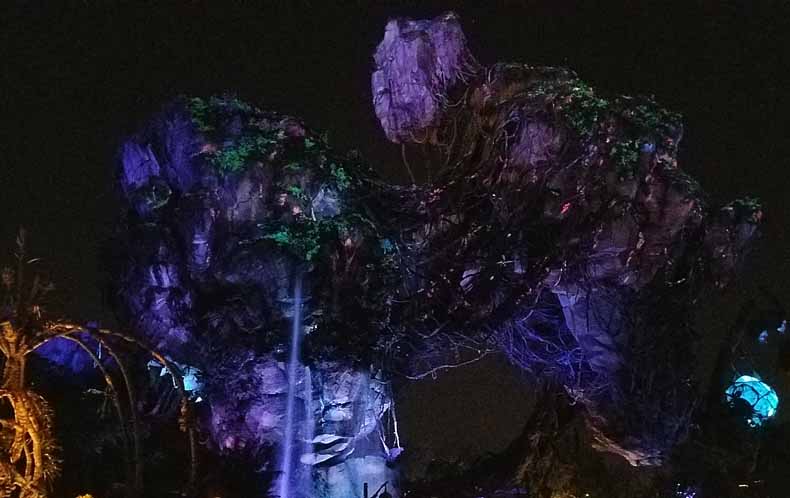 How much would you pay to visit a Disney theme park with the opportunity to ride the most popular attractions and enjoying complimentary snacks and drinks all with little or no wait? Don’t answer before you get all the details, but we think the Disney After Hours ticket is a clear value for a certain segment of guests.

We were recently invited to attend one of the Disney After Hours events at Disney’s Animal Kingdom. The cost is just $125 a night (less after your annual passholder discount), which is right around the cost to enjoy a whole day at a park during peak times. But Disney After Hours gets you just three exclusive hours in the park.

I think the key benefit is the extremely limited attendance and minimal wait times that result at the selected attractions. At Disney’s Animal Kingdom, this included the two new attractions at Pandora – The World of Avatar and at Disney’s Hollywood Studios all the new Toy Story Land fun was available. 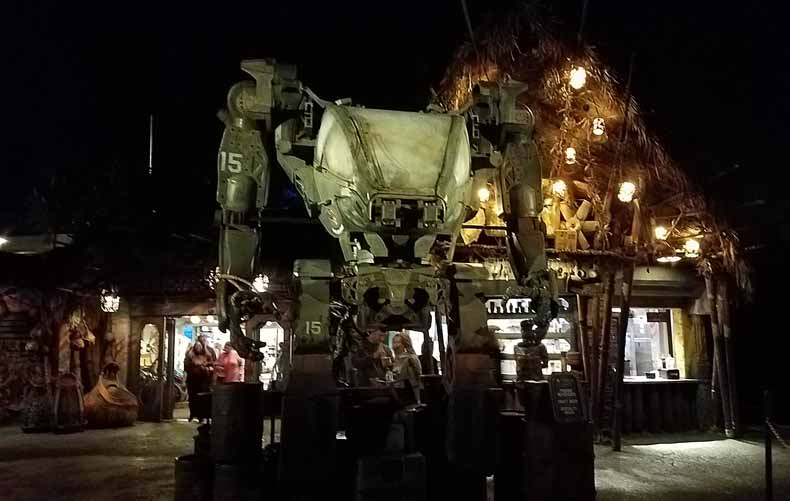 With the ticket to Disney After Hours you’re able to get in before the park closes to regular guests (7pm in our case) and enjoy a nice dinner or get on a few rides. Then 30 minutes after the park closes, which allows day guests to exit most of the attractions, your fun begins. You even get to bypass what guests remain in the queues, which is nice.

In our three hours we went on Dinosaur, Expedition Everest, Navi River Journey, and Avatar Flight of Passage multiple times each. We also stopped by to enjoy the Tree of Life Awakenings and the Dino-Riffic Dance Party.

Here’s a Facebook Live we did at the end of the night as we left Pandora and wandered out toward the Tree of Life.

(If you can’t view it in the embed, there’s a copy on YouTube).

The event has been available in the past at Walt Disney World’s Magic Kingdom and is currently also available for select nights at Hollywood Studios in addition to Disney’s Animal Kingdom.

As for strategy, at Disney’s Animal Kingdom, it really depends on how often you’re willing to sit through the Avatar – Flight of Passage pre-show. There’s no way to skip it, we asked, so that means every ride experience is about 19-22 minutes, even if the ride is a walk-on. So three rides eat up one of your 3-hours.

At Expedition Everest there is no such pre-show, so we might suggest starting with that and riding as many times as your stomach can handle. We were able to get on Dinosaur during the last hour of park operations with no wait, so we didn’t feel the need to ride that again. But if you wanted to, it is technically possible to skip the pre-show here. So another ride won’t eat too much of your time.

Then I would head over to Pandora – The World of Avatar and hit Avatar- Flight of Passage. After that I would alternate between Na’vi River Journey, which looks amazing at night as your eyes have adjusted to the a dark, and Flight of Passage. Be sure to leave time to explore Pandora itself, it’s at its best at night and with so few people in the area, you can really hear all the special audio effects that add to the depth of detail that generates a sense of realism. 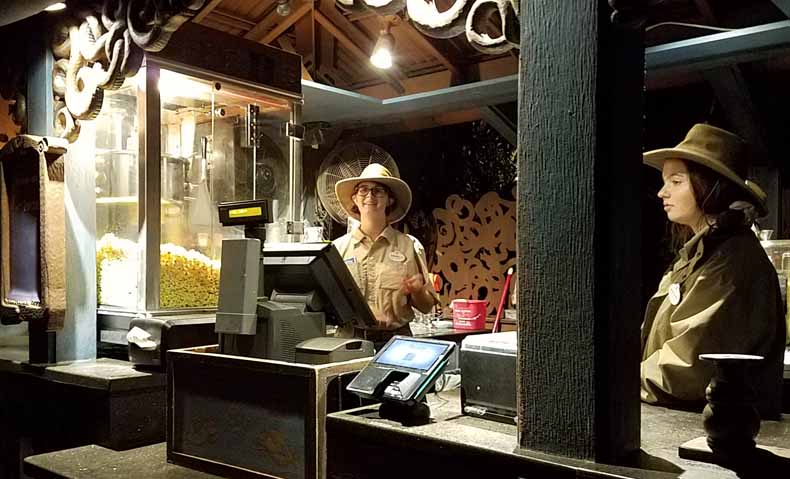 This strategy should help you avoid any extra-ordinary long waits as the party begins and guests are still stuck in queue in Pandora – The World of Avatar. It will also give you plenty of time to pick up free popcorn or frozen treats and soda or water from the handful of stations set up around the park.

Is it a Value?

On our night at Disney’s Animal Kingdom, the park was so empty, I estimate less than 1,000 guests were in the entire park. Attendance at the event could safely triple and you would still not have any wait at any of the attractions after the first half hour or so.

It’s important to note that Disney After Hours does not guarantee access to all of the attractions. Only a handful of the most popular ones. If you had a small child in your party your choices would be limited. Likewise an attraction may be down for refurbishment and an alternate attraction substituted. 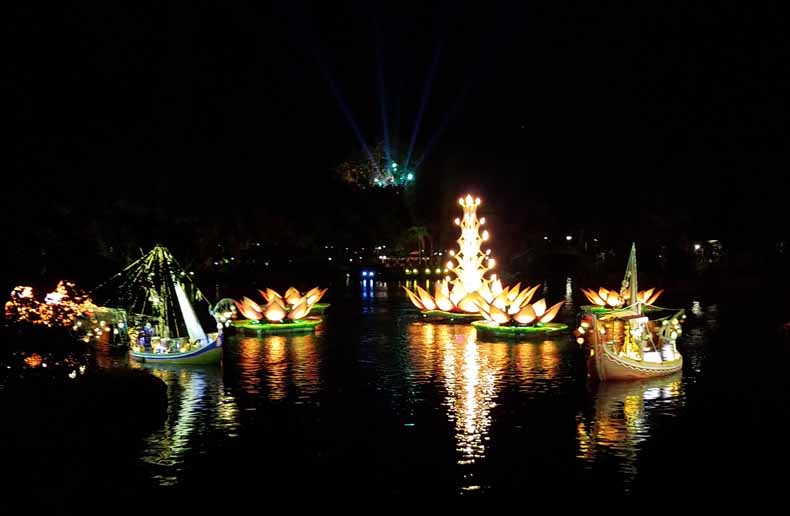 Although there was a special showing of Rivers of Light, which was lightly attended, Disney didn’t make all of the shows or long attractions available. So you won’t enjoy the Kilimanjaro Safaris, Festival of the Lion King, Finding Nemo the Musical, or UP! A Great Bird Adventure during the event, or even after you’re able to get in at 7pm. The final shows for all of those attractions end before 7pm. You will be able to sneak in a ride or two on Primeval Whirl or Kali River Rapids if you want during the 90 minutes between when your ticket gets you into the park and the rides open for the event.

In the end you have to decide for yourself if the money is worth it. Adding a second day’s admission on top of a day you were already spending at the parks might seem extreme, but if this was a day you planned to stay at your resort or see other parks of Central Florida, it might be very much worth it.

This was the crowd level in the park about 2 hours into the three hour event as we paused to watch the Tree of Life Awakenings. 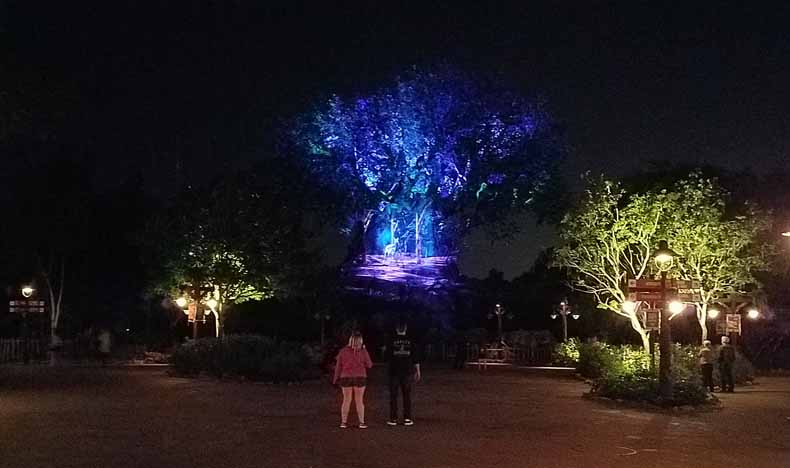 Although we were invited and paid nothing, I think there is a great value to just getting to experience Pandora – The World of Avatar with just a few other guests around. It made the alien world of Pandora that much more real.

If all you want to do are the big or new rides, Disney After Hours is for you. If you like to stop and see the animals and/or shows during your adventure at Disney’s Animal Kingdom, you’ll need to plan another day at the park.

Disney after Hours is available on select nights now through early April 2019. Learn more about Disney After Hours on Disney’s website, or work with our authorized Disney travel planning agent (where your travel bookings will help support The Disney Blog) to help you customize the perfect Disney vacation.

If you’re thinking about Disney After Hours at Disney’s Animal Kingdom, Disney’s Hollywood Studios, or Magic Kingdom, we’d love to have your thoughts in the comments below.

previousPixar announces name and voice cast for next original feature – Onward!
nextWhy the Muppets Should Host the Oscars