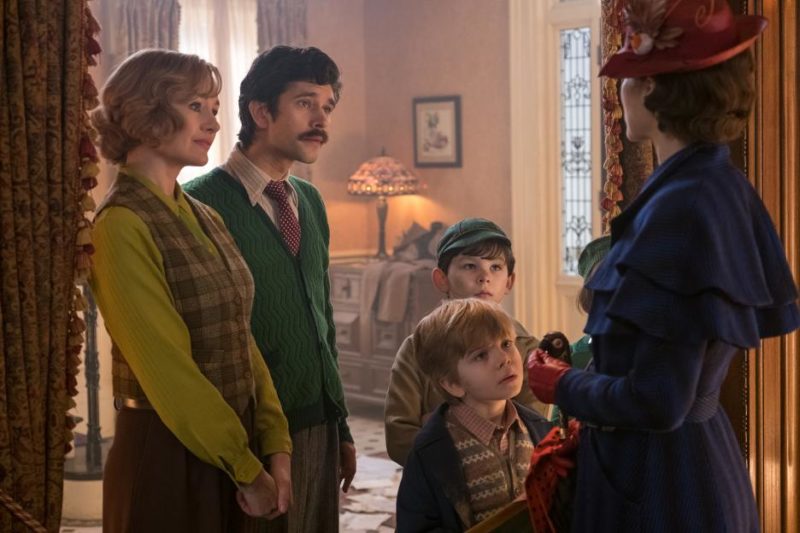 We’re just two weeks away from the return of Disney’s most iconic nanny in Mary Poppins Returns. The movie picks up 25 years after the original, but 50 years later in the real world. This presented a big challenge, how to continue the story in a way that feels natural to the original.

The Walt Disney Studios released a special video featurette trailer that looks at how the production weaves the two stories together. From recreating Cherry Tree Lane, down to recasting the original Banks Children

A new “Pish Posh” featurette goes in depth with Emily Blunt and how she arrived at her take on the iconic character of Mary Poppins:

As producer Marc Platt says, “The magic, the optimism, the emotion, the hope and the joy the Mary Poppins brings are all the things we’re looking for in our lives today. We want to be uplifted and transported and entertained. We want to be moved. We want to laugh and we want to cry. And ‘Mary Poppins Returns’ delivers all that…and more.”

This may be a new story, but the magic of the original is woven into the fabric of the new film. I can’t wait until you get a chance to see it.