Is Disneyland Paris set for a huge growth spurt? 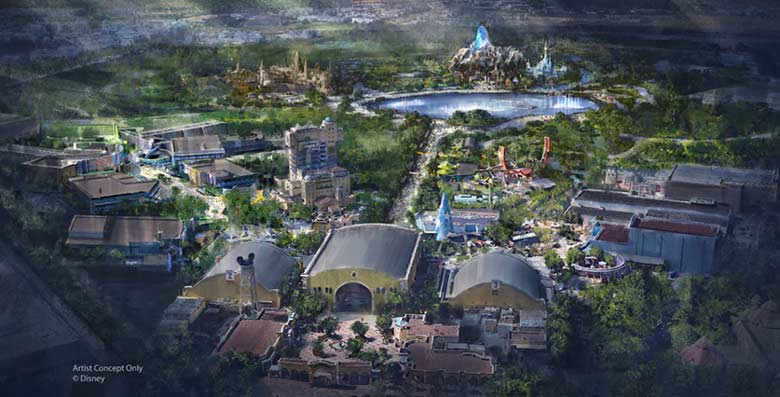 When the Walt Disney Company took controlling interest of Disneyland Paris last year to help it clear up its debts, the first thing Disney did was invest in the two existing parks. Buildings got a fresh coat of paint, maintenance that had been deferred was finally scheduled, and Disney even announced a huge investment in the parks .

Among the improvements coming soon are new Marvel, Frozen, and Star Wars attractions. These will open in the Walt Disney Studios park in phases starting in 2021.

Now a new report says Disney is preparing for a large increase in visitors, possibly doubling the existing yearly total, with triple the number of hotel rooms and a third theme park over the next 10-12 years.

According to the Telegraph, a consultation report issued for the resort revealed the goal of doubling theme park visitor capacity with new attractions at the existing parks and possibly building a third park.

The report also suggested adding another 14,700 hotel rooms on a nearby property. The existing hotel inventory is 5,800. So that’s quite a leap.

I do want to raise a somewhat crucial point — the whole reason Disneyland Paris is in the mess was constructing too many hotels saddling the resort with so much debt it could never get out from under it. I don’t see them building that many rooms without demand being there first.

Fans of Disneyland Paris have been hopeful that The Walt Disney Company’s decision to take over the resort would result in more attractions and potentially even a third theme park. So this report probably sounds too good to be true. What do you think? Will any of this expansion happen?

previousEpcot adds Cookie Stroll to its list of great Festival of the Holidays traditions
nextDisney VoluntEARs sort 40,000 pounds of produce for food bank on day of service