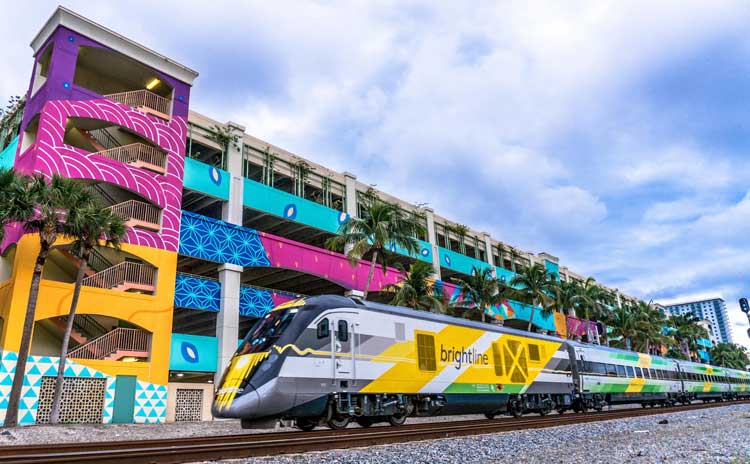 Florida based Virgin Trains USA, formerly Brightline Trains, is currently operating a train from West Palm Beach, FL to Miami, FL with agreements to expand it to Orlando providing a high speed rail route from the Orlando International Airport to Miami. Now the company is going public with hopes of raising funds to extend that route to Tampa and even build more high speed railway lines across the country.

In a public S-1 filing as part of its IPO notification today, Virgin Trains also shared a map (see below) that would feature a train stop at Walt Disney World. 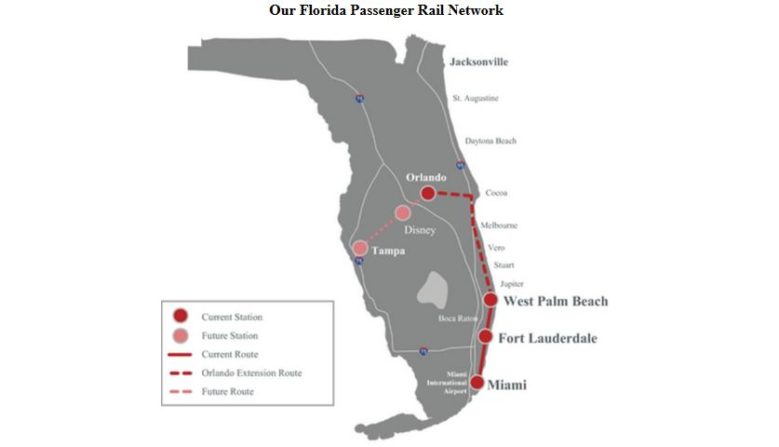 Between tourism and business over 100 million visitors make stops in either Tampa and Orlando. Add to that that growing local population of the Central Florida Corridor (jokingly called Orlampa by some) who frequently travel between the two metropolises, and there’s definitely a large enough market to support high speed rail.

Alas, even if funding is lined up, construction on the Orlando to Tampa leg is not expected to begin until the stretch between Miami and Orlando is complete in about three years. The good news is when the Tampa extension is complete, it will give Walt Disney World guests a whole new way to enter the magical world.

If this sounds familiar, it’s because another publicly funded high speed rail line was once proposed for a route between Tampa and the Orlando International Airport. It too would have featured a stop at Walt Disney World, with the station being constructed along I-4 adjoining the ESPN Wide World of Sports Complex property, just south of Osceola Parkway.

As it turns out the roads around that part of Walt Disney World were recently given an upgrade to provide easier access to nearby resorts and Disney’s Hollywood Studios. On the other hand, a backstage resort support facility was also opened on that plot of land. There’s still plenty of space in the area if Disney did want a railway station adjacent to its resort (and I can’t see why they wouldn’t as long as it doesn’t have another stop at Universal Orlando Resort).

In case you were wondering, the Virgin Trains name change comes after an investment from Virgin Entertainment chair Sir Richard Branson. Things usually get done when he gets involved. So we feel pretty good about this project right now.

What are your thoughts on a high speed railway from Tampa to Orlando adding a stop at Walt Disney World?