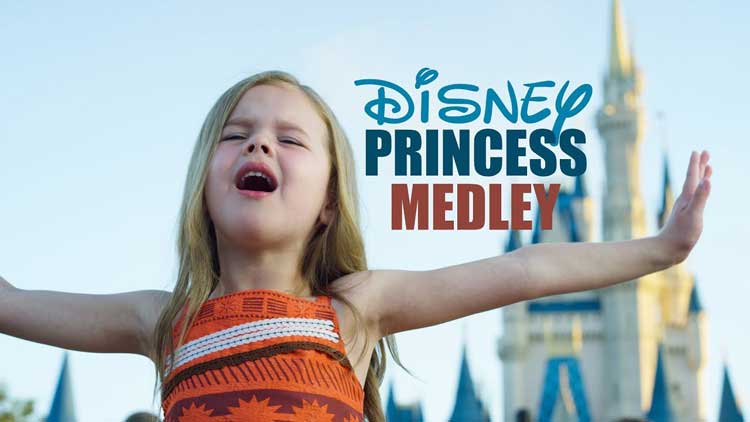 5-year old Claire Ryann Crosby, who we’ve profiled before in her younger more halcyon days of yore, recently partnered with Walt Disney World to sing a medley of every Disney Princess song. Adding to the cuteness, Crosby is in costume in various locations around the Magic Kingdom and other Disney theme parks.

It takes a village to make a princess and Crosby’s video was produced by her father, with hair and wardrobe by her mom, they even brought in an orchestra from Boone High School in Orlando.

We think Claire’s song is magical and hope she keeps that sparkle in her eye for years to come.