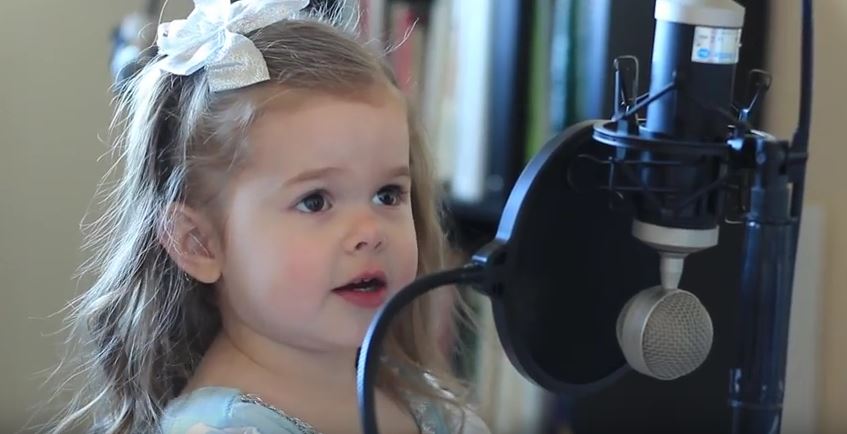 In what is no doubt one of the cutest Disney cover song videos of all time, 3-year old Claire Ryan Crosby delivers an adorable cover of “Part of Your World” from Disney’s “The Little Mermaid.” Her father, who made the video, says, this is Claire’s favorite pre-Frozen era movie.

We think you’ll agree that Claire is not only a super-cute toddler, but that she actually does a great job performing the song:

Claire and her father, Dave Cosby, live in Utah and he had noticed that she loved to sing. Since he makes his living writing music for movies and editing for film companies, he had an epiphany that resulted in this adorable video.

“A few months ago, I was paying for an oil change, and when I turned around [Claire] was singing Little Mermaid in the lobby while everyone had their phones out recording her,” Claire’s father told KSL.com.

According to Cosby, they plan to record “Let it Go” from Disney’s Frozen next. We can’t wait to see more of this adorable cuteness. How about you?