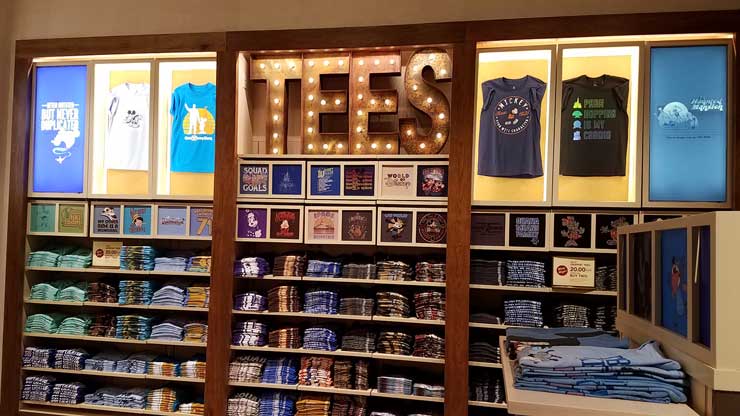 Longtime readers of the blog know that we love to keep track of new t-shirts and other merchandise that arrive at Disney stores both inside and out of the companies beloved theme parks. The new World of Disney store at Disney Springs has a section dedicated entirely to the t-shirts and we were excited to take a look during our recent preview.

We’re especially fans of the wide variety of fun and nostalgic t-shirts that have been introduced at Disney’s theme parks over the last few years. So we were exited to get a chance to interview one of the people who has had a personal hand in our obsession. Donald Farrow is the Director of Product Development for both Disneyland and Walt Disney World. He and his team are responsible for t-shirts and other soft apparel lines you see in the parks.

As we expected, there’s a lot of teamwork involved in coming up with the great ideas. Part of what makes the t-shirts so great is that the team is able to come right up to the line of what’s appropriate without going over it so often.