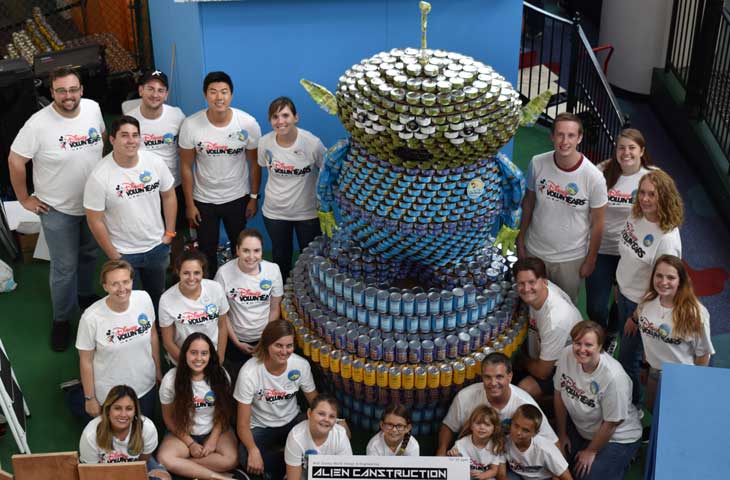 If you’re in Orlando and happen to visit the Orlando Science Center this week, you’ll encounter the very fun art exhibit where thousands of canned food items are used to make larger-than-life sculptures. Since 2012, Disney’s VoluntEARS cast members have participated in the event and this year their sculpture is a recreation of the new Toy Story Land at Disney’s Hollywood Studios.

“If you’ve blasted off on Alien Swirling Saucers at Toy Story Land or know these little green aliens from the Disney/Pixar ‘Toy Story’ films, this creation shows the difference that ‘CAN’ be made for our neighbors,” said Mike Piatek, director of architecture and facilities engineering for Walt Disney World Resort. “As Disney architects and engineers, we love building things that create happiness. Hopefully our CANstruction sculpture will bring others some joy and inspire them to help the community too.” 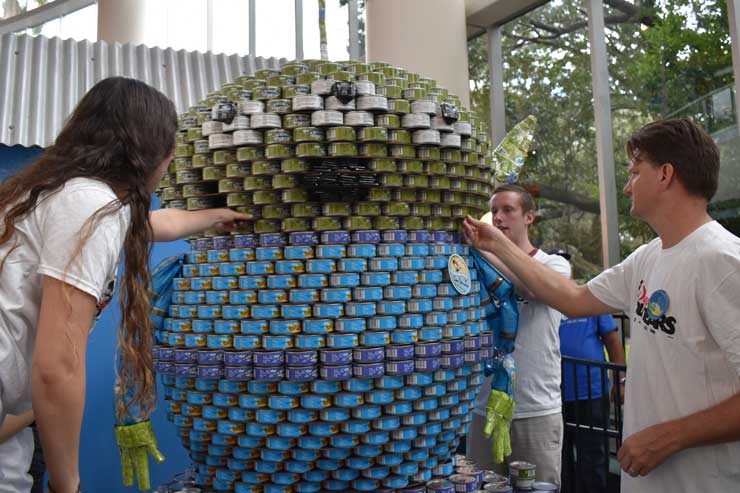 CANstruction Orlando is an annual competition hosted by Central Florida’s architectural and engineering community. This is the 25th year of the event.

Organizations throughout the community banded with Disney in this year’s event. These CANtastic food sculptures will be on display through Sunday, Oct. 28, at the Orlando Science Center. After the competition, the nonperishable food is donated to Second Harvest Food Bank of Central Florida.

“Events like CANstruction generate awareness and make a positive impact for the individuals we serve throughout Central Florida, and for this support we are eternally gratefully,” said Dave Krepcho, President and CEO of Second Harvest Food Bank of Central Florida. “The passion of Disney Cast Members and representatives of other groups educates, inspires and engages the entire community in creative ways to help us reach our vision of ending hunger.”

Walt Disney World Resort and its Cast Members have supported Second Harvest Food Bank for the past 26 years, including distributing unused, prepared food from restaurants and conventions through the Disney Harvest Program. Disney VoluntEARS have donated some 45,000 food items through the annual CANstruction Orlando events.

Congratulations to everyone who participated in the event. It’s bound to raise awareness of an important cause and feed thousands of families.