The excitement is building for the arrival of Star Wars: Galaxy’s Edge at Disneyland and we have some new aerial images to pore over for all the latest details. The photos were snapped from satellites on September 30th and provided to us by Nearmap, who shoots aerial photography around the globe.

We’re impressed with how much work appears to be going on simultaneously across Star Wars: Galaxy’s Edge. There is a lot of rock work that appears to be finished, many of the outbuildings are getting their theming done, and there’s even the first sign of one of Star Wars Galaxy’s most iconic ships.

You can use the following two sliders from Nearmap to see how far the land has come from February 13 of 2017 until September 30, 2018. In the first, we have a broader overview of the land.

And in the second we see where construction has begun on the Millennium Falcon:

If you can’t see that, here’s a closer look at the construction. 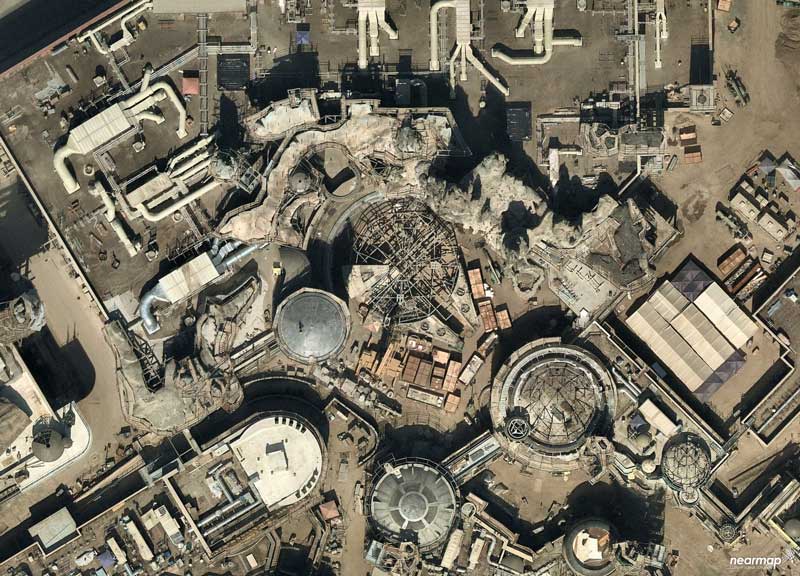 Nearmap has also updated their online gallery with some oblique views of the construction taken on the same date as those photos above. As these photos are taken as the satellite approaches the site, you can see more of each building’s facades. 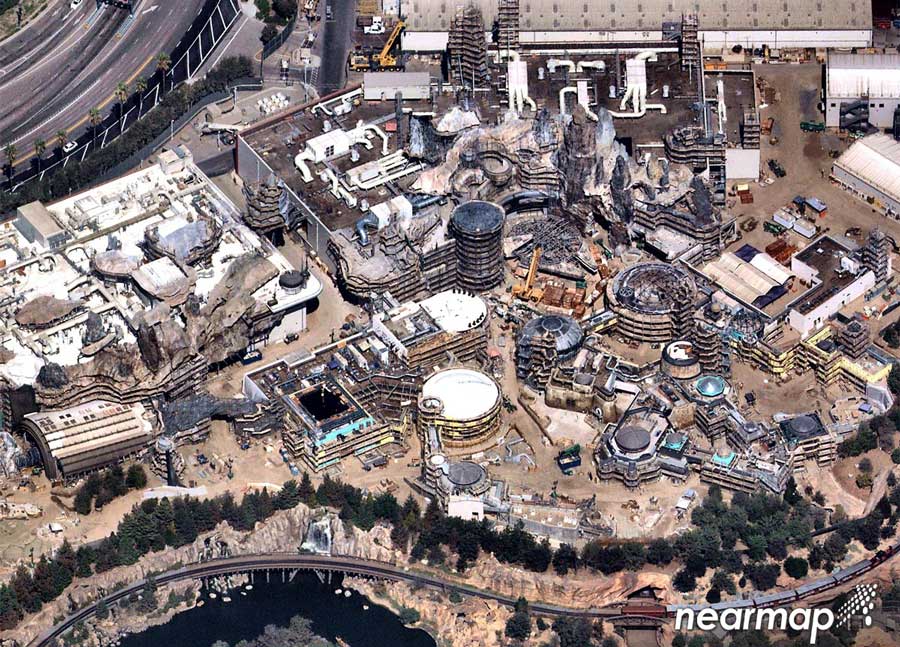 Definitely easier to imagine one walking around in this highly themed environment. Check out the whole Disney theme park gallery.

Yes, there’s a long way to go before the land is ready to open in 2019, but the final important details are now being layered on. It won’t be too long before the first guests hyperspace their way to the planet Batuu and the Black Spire Outpost to live out their own Star Wars stories. Do you plan to be among them?

previousNew Tower at Disney’s Coronado Springs – updated concept art
nextEPCOT – What’s Next and what could be?