EPCOT – What’s Next and what could be? 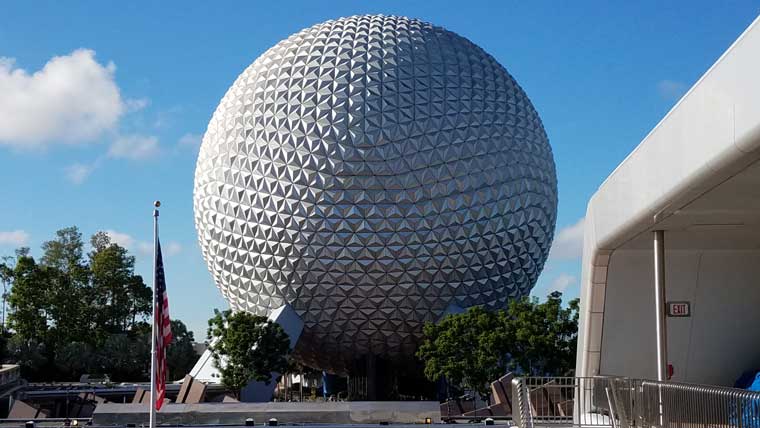 After Star Wars: Galaxy’s Edge opens at Disney’s Hollywood Studios, EPCOT is the next Disney theme park due for a major transformation. Part of the work is actually underway right now and some of it is still in planning phase. We’ll take a look at what we know and what’s been rumored in today’s roundup.

Work on the Disney Skyliner is continuing. No opening date has been provided to the public yet, but looking at how much work remains at the stations before they can start testing the mechanics and adding lines to the towers, it’s likely going to be mid-2019, an important timeline due to the opening of Star Wars: Galaxy’s Edge and the large crowds that are expected to descend of Walt Disney World after that.

Ratatouille’s showbuilding is nearly enclosed now and there is a new structure being added to the rear of the existing pavilion. The expansion will be just the attraction though, no new restaurants. Still unsure is the name. It will likely have a name that includes the character Remy somehow, “Ratatouille: Remy’s Kitchen Escape” or something like that.

There will also be a replacement for Illuminations: Reflections of Earth coming this fall. The new show will start the night after IRoE ends, so I’m not expecting a lot of new hardware in the show, that likely means drones will be a feature of the show, since you can fly those in and out, and maybe some boats (similar to the Toyko DisneySea harbor show), since you can float those in and out. Apparently the working title is “Illuminations: Windows on the World.”

The rumors of a new country pavilion or two coming to EPCOT’s World Showcase continue to grow in strength and number. The mostly appear to be focused on the addition of a Brazil pavilion with a Spain pavilion in the distance running. I take these with a rather large grain of salt. Disney has other plans for most of the expansion pads right now. I don’t see them giving up one of the few left unless the project is just right.

I do believe that Imagineers have dusted off the popular idea of adding a Mary Poppins attraction to the UK Pavilion. A greenlight for this idea depends on the box office performance of “Mary Poppins Returns.” This would be one of those attractions that would be built at both Disneyland and Walt Disney World and Disney management likes the idea of saving money with scale.

While Imagineering still plans a makeover of the main entrance and core section (known as “The Spine”) of future world, the plans no longer closely resemble the original concept art shared by Disney Parks chair Bob Chapek. What was once being rushed through development has now been slowed down and re-imagined. Work will begin in phases. Some estimates are that work could begin as soon as next year and others have the start pushed back until after WDW’s 50th anniversary in 2021.

While we await new concept art, likely to be released at an upcoming D23 event, there are rumors of a major makeover coming to Spaceship Earth (originating at WDWNT). According to the rumor, it’s time for a track replacement in sections of the ride and Imagineers want to use this time to both expand the load and unload zones for the track, allowing for a bit more storytelling, and redo some of the attractions iconic scenes, including the look back at Earth at the very top of the geodesic dome. It doesn’t sound like the long rumored “SSE: Time Racers” E-Ticket attraction is planned. The question is will they take it down during the WDW 50th celebration in 2021 or wait until later. It’s expected to be a long refurbishment, so they might have to start earlier rather than later. The goal is to have it open for EPCOT’s 40th in 2022.

Work does continue on the new Space-themed restaurant attached to the Mission Space pavilion. Concrete footings have been poured now as horizontal construction continues. Expect to see some vertical construction begin soon. I guess that means they figured out how to muffle the sound and vibrations from the very near Test Track.

China’s 360 degree theater is expected to go down for refurbishment in 2019 and when it returns, the screens will be digital and seamless. This was announced at the 2017 D23 Expo and we haven’t heard that it was canceled. So it should still be on the books. Expect a Shanghai Disneyland tie-in. 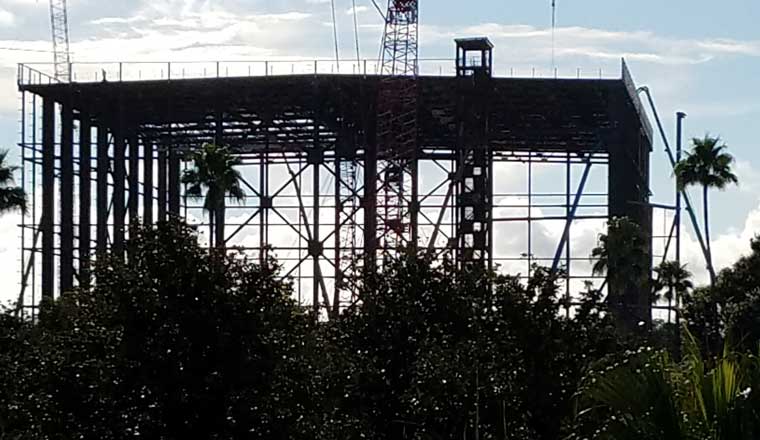 The Guardians of the Galaxy roller coaster attraction showbuilding is looming large over the front of the park and the old Universe of Energy building has now been completely gutted. You can look right through it and see some footings and supports for the new attraction are already standing. Expect a multi-layered storytelling experience that starts in the queue, proceeds through multiple pre-shows and then onto the coaster itself. The goal is to have it open in the Spring of 2021 for the WDW 50th celebration.

Some other minor rumors include:

I’m sure there are a few things we’re missing, EPCOT is a huge park. I do have one last rumor though – the park will get a new name. We still like to use the acronym EPCOT (for Experimental Prototype Community of Tomorrow) around here even though the name is now Epcot. When it opened it was EPCOT Center and perhaps they’ll return to that name. That’s what I would like to see. How about you?

3 thoughts on “EPCOT – What’s Next and what could be?”