Earl of Sandwich returning to Downtown Disney District at Disneyland Good news sandwich fans, The Earl of Sandwich is scheduled to reopen in Disneyland’s Downtown Disney district this week. The fan favorite sandwich restaurant had been closed to make way for construction of a Luxury hotel that would replace a section of the shopping and dining district.

Update: We’re told the plan was to have it open for today, but that now it may not happen until next week.

Update 2: Looks like the Earl of Sandwich location did, in fact, open today. So huzzah?

An additional fast-casual location is much needed on that end of Downtown Disney as guests walk back and forth to the hotel and near the monorail station.

The saga of Disneyland’s luxury hotel dispute with the city of Anaheim will be dissected by Disney fans for years to come. Originally planned for a plot of land adjacent to Downtown Disney, the company decided to move the hotel right on top of the shopping district. Alas, Disney misread the political environment in Anaheim, and the city council decided to play hardball with the promised tax break. Then in order to avoid paying its cast members a living wage, Disney rejected almost all tax breaks from the city.

Now the Luxury resort is in is a weird state of limbo where Disney says they’ll build it without tax breaks, but work on the resort has ground to the halt. The business conditions where Disney planned to add more hotel rooms haven’t changed, but the company is probably reworking the plans to reduce the cost in light of the removal of the tax breaks. 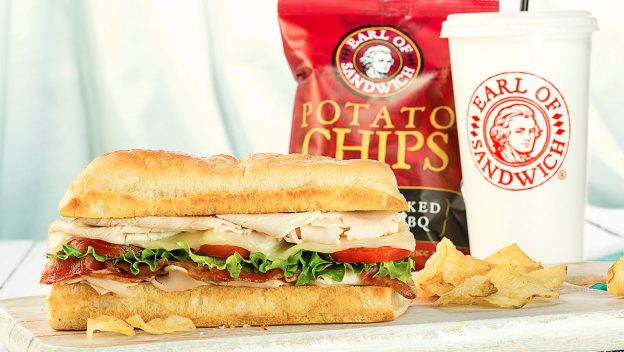 No word how long this delay will last, but fans online are happy to have Earl of Sandwich back. No word if other businesses like the AMC Theatres, ESPN Zone, or Rainforest Cafe will be returning too.