There’s a growing sense in Hollywood that audiences are less likely to turn out for something completely new than a continuation of a story they already know. Just look at the long line of sequels and remakes coming from Disney. From Jungle Book to The Lion King, from Cinderella to Maleficent, from the Marvel Cinematic Universe to Mary Poppins Returns. And now, signs are growing that sequels to Lucasfilm’s Willow and Howard The Duck could be coming too.

With Disney’s looming acquisition of 21st Century Fox, it’s not like the Mouse House will be hurting for content going forward. But at the same time Disney is preparing to open its own competitor to Netflix, the as yet unnamed direct-to-consumer streaming service, so it will need great stories told by Hollywood’s best storytellers to attract subscribers. What better way than mining these two neglected properties at Lucasfilm? 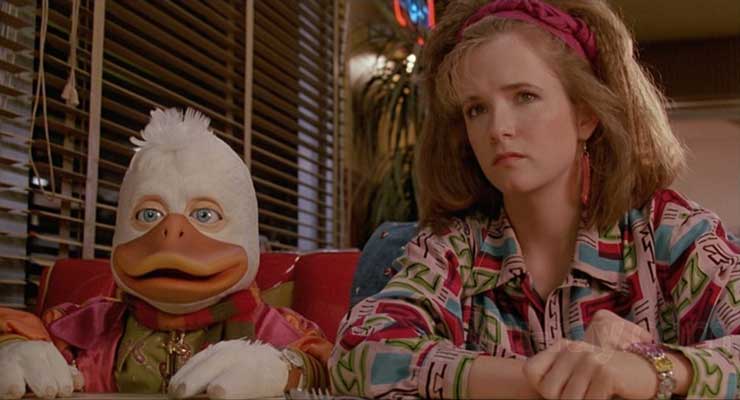 Recently Lea Thompson told ComicBook that she pitched a Howard the Duck reboot to Marvel and they loved it. She has been working on the script in secret with a team from the first film including writer Chip Zdarsky and artist Joe Quinones.

I worked on the pitch for a really long time and I had the help of [modern Howard the Duck comic book creative team] Chip Zdarsky and Joe Quinones and they had done a run of Howard the Duck, the last run of Howard the Duck, and they put me in it, Lea Thompson. And it was really great, so I asked them for help and Joe drew some drawings and Chip and I worked on the pitch and we did it in Marvel and they really liked it. They loved it, actually. But they were like, ‘We have no plans for these things, and we’re doing the streaming thing, and we’ll call you back.’ So tweet away, guys! It was a very good pitch

Here’s proof Zdarsky and Thompson were on the Burbank lot courtesy Zdarsky’s twitter:

Hopefully that’s not a ‘don’t call use, we’ll call you’ moment and they will consider the pitch for the Streaming Service.

The prospects for a follow-up to Willow hasn’t gotten as far as a treatment, but there was some exciting action toward rebooting the franchise last year. Warwick Davis to Cinema Blend that the key creative forces at Lucasfilm and on the original film (Ron Howard, Jon Kasdan, George Lucas and Kathleen Kennedy) had a roundtable conversation about the potential sequel during the filming of “Solo: A Star Wars Story.” The crazy thing is the meeting was held aboard the Millennium Falcon set.

That would be hugely exciting. Revisiting Willow as a character, now he’s older and wiser and perhaps even a better sorcerer, who knows by now, would be brilliant fun. I would absolutely love to do that. Ron and I we chatted about Willow quite a lot. Jon Kasdan who was obviously the screenwriter on Solo, he’s a pretty big fan of Willow, it’s one of the reasons he got into screenwriting and filmmaking. He and I talked a lot about where we could take Willow in the future.

I remember a particular day which was very special on Solo. I was working with the second unit and Ron, and I got a message through saying, ‘oh George [Lucas] is here today, he’d like to see you.’ So I went on set, it was the day they were on the Falcon. I remember myself, George, Jon Kasdan, Kathy Kennedy all chatting about Willow. I would think ‘this is like the stars have aligned right here. If anybody’s going to get a sequel or something else made in regard to Willow, this is it and this is the time to do it. Who knows, kind of watch this space, I guess.

I’m sad that “Willow” doesn’t get as much recognition as I think it deserves. But there’s a good chance I’m in the minority here.

Lucasfilm is more than just Star Wars and Indiana Jones. I’d definitely like to see a return to Willow and maybe even Howard the Duck and, if there isn’t room in the schedule for theatrical releases, Disney’s upcoming Streaming Service is the perfect place.