Disneyland’s Fantasyland recreated in incredible detail in a basement There are Disney fans who decorate their house with tons of nick-knacks and posters they bought when they visited Disneyland or Disney World and there are those who go even further with themed rooms dedicated to movies or theme park attractions. This may even be you. However, I don’t think too many fans have gone as far as this Disney fan who has turned their basement into a detailed recreation of iconic buildings from Disneyland’s Fantasyland.

In his first YouTube video, Travis has a brief tour of his amazing achievement. With building facades that recreate attractions like Mr. Toad’s Wild Ride or restaurants like Pinocchio’s Village Haus, what’s really impressive is the level of detail involved in the project. There’s a ton of detail in the woodwork, glass work, and event faux rock that looks to be lifted right out of the park.

The facade for Mr. Toad’s Wild Ride is so close to the real thing, it’s unbelievable. We talked to Travis about the project. As you might expect, a lot of time and effort went into recreating Fantasyland in a basement. 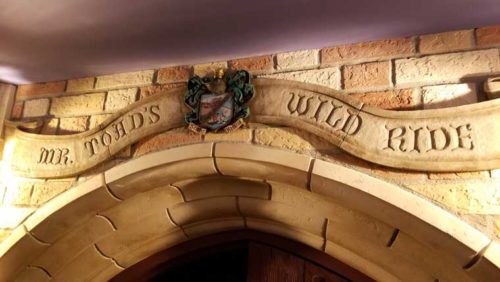 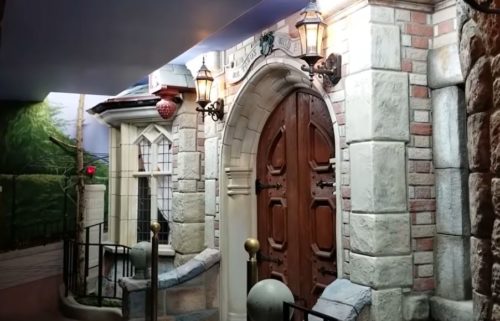 Travis is a railroad engineer, so he’s constantly traveling, but also has long periods of time that he can dedicate to a big project like this. He moved into his home in 2005 and new the basement could be made into something special.

“I drew a scale plan of what space I had to work with then laid out walls where I felt would work,” said Travis. “Upon going through photos I took at Disneyland, I noticed that several of my wall plans lined up with the Fantasyland exteriors in my pictures. It must have been a subconscious inspiration.” 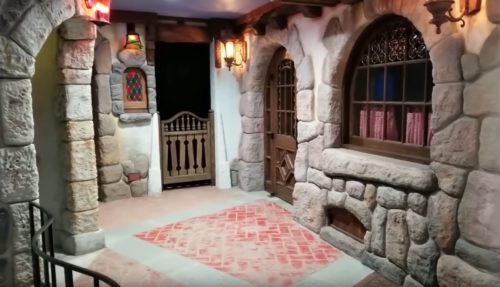 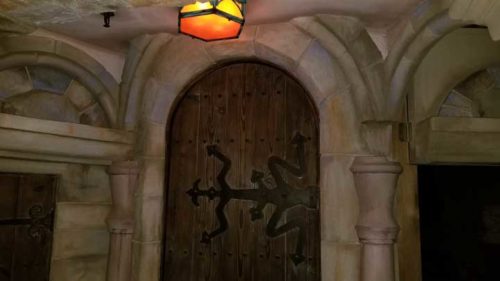 Although he started the project in 2006 and worked on it from time to time, he began to get serious about completing it in 2015. He created a lot of the specialty pieces himself to get an accurate recreation of the exteriors.

“I have many thousands of reference pictures collected from the internet, taken my me or by friends at my request for images of certain items or from certain angles,” said Travis. “From those I have tried to, within reason, faithfully reproduce those exteriors.”

He hand made a lot of the details like this copper lamp. Everything was hand made except the glass to be a scaled down version of the original. Travis deliberately made sloppy welds to match the original and he’ll weather the copper before he installs it. 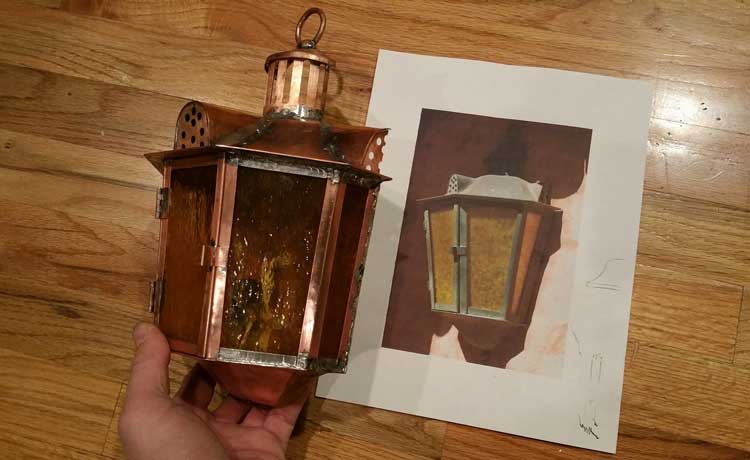 To build Village Haus, he used foam blocks cut to shape and then did a hard coating before covering it in mortar and then painting it to resemble weathered rock. 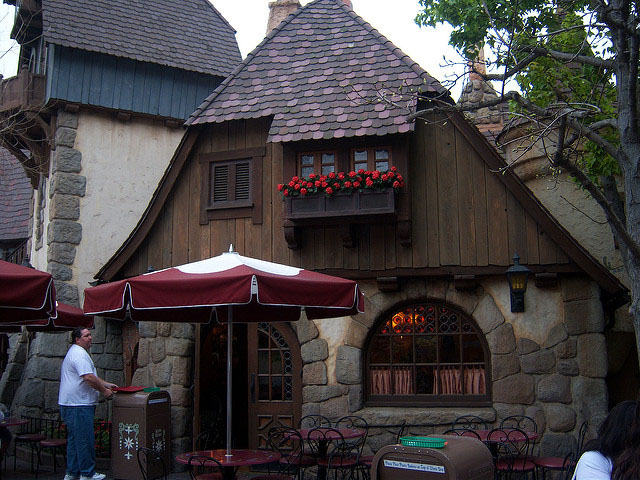 The actual building in Disneyland’s Fantasyland

We think he did a terrific job. When he turns on lighting or adds a bit more decoration, it’s easy to forget the low ceiling and imagine yourself in Fantasyland itself.

Travis plans to do more videos on his YouTube channel and we plan to follow this project. All I can think about is how cool it would be to have a party here or cosplay photoshoot.

Do you know anyone who has a Disney obsession that’s Imagineer level fantastic?