Disney’s Hollywood Studios will soon be ready to open it’s new parking lot and bus loading zone. The park will need to be ready to handle the throngs of guests who are expected to descend once Star Wars: Galaxy’s Edge opens in 2019. The park is also rushing to finish two additional rides that it hopes will hope soak up the overflow crowds who won’t be able to get into Star Wars-land without a long wait first. 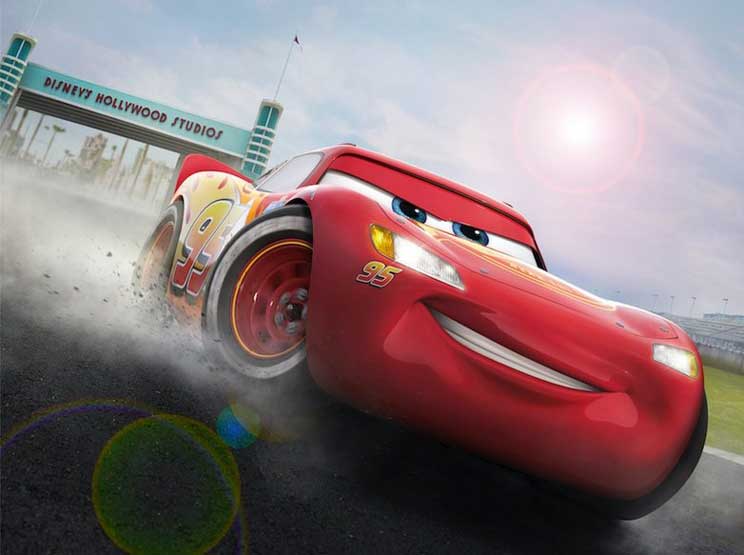 This new show will put guests right in the middle of the world of Pixar’s Cars. Coming to the former Sunset Showcase building in the courtyard beyond Rock-n-Roller Coaster. Think a larger version of Turtle Talk with Crush, but with Lightning McQueen, Tow Mater, Cruz Ramirez, and the gang. Expect a mix of animatronic cars (similar to those that are used in Radiator Springs Racers show scenes) and screens in the show.

On this ride guests will board a train and enter the cartoon world of Mickey and Minnie Mouse. Concept art shows a new take on projection mapping that will make a two-dimensional movie seem 3-D. It takes over building that used to house the Great Movie Ride, so it’s not really a new attraction, but a replacement.

Looking beyond 2019 there are a few rumors of what’s next. There’s been a long running rumor that Disney wants to makeover the Animation Courtyard. I’m not expecting a huge makeover. But I would expect a replacement for Voyage of the Little Mermaid and something new in the Star Wars: Launch Bay location.

There’s also some thought that Star Tours would get a new theme seeing as how it is disconnected from Star Wars: Galaxy’s Edge.

There was some talk of enclosing the Theater of the Stars the currently is home to Beauty and the Beast. That could still happen with the park putting in the same sort of technology used by Disney Cruise Line ships to allow for a rotating series of shows in the park.

If you look at the ‘product mix’ of attractions at Disney’s Hollywood Studios, what’s missing is a water / boat ride. I’ve just started to read various sites discussing a possible boat ride, but haven’t heard much more than that.

Also missing is a traditional spinner type attraction. Personally, I think would fit wonderfully / is desperately needed over in the new Grand Avenue / Muppet-land area. This is not a rumor, but just a wish looking at the ‘product mix’ of the park myself.

Finally, there’s been a long-lived rumor that Fantasmic! would get some sort of update. What’s most likely is that some of the changes recently added to Disneyland’s version will make it to Florida. There’s also the possibility that a whole new show will arrive in time for Walt Disney World’s 50th Anniversary in 2021.

Of course, one thing that could change all these plans is Disney somehow getting back the rights to use Marvel in its theme parks from Universal. Until then, what would you like to see added to Disney’s Hollywood Studios once Star Wars: Galaxy’s Edge is open?