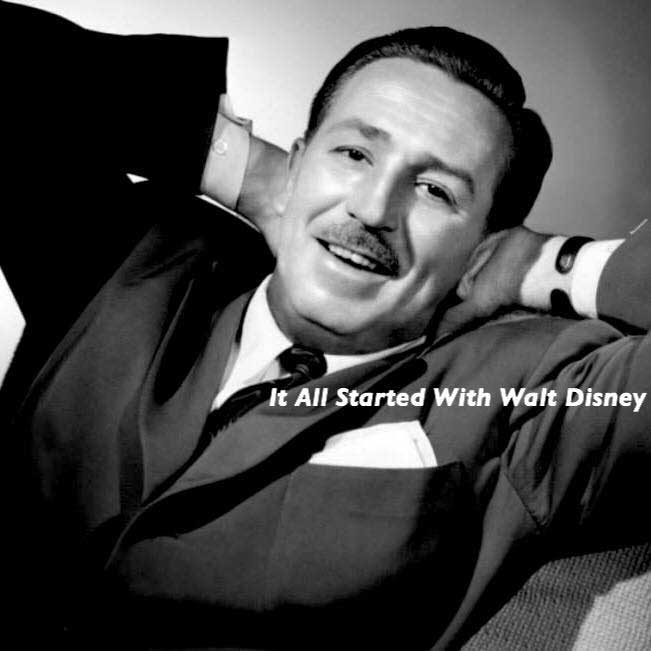 We recently heard from Leo Holzer, friend of this blog, Disney historian, and organizer of the fan group that was formerly known as “Friends of the Walt Disney Family Museum,” over a bit of a rough spot they found themselves in after Facebook delisted their page following a report.

As with a lot of interactions small organizations find themselves having with Facebook, there isn’t a lot of explanation behind why the page was delisted. As far as Holzer can tell, a report was made and it was determined that placing “Friends of” before the institution’s name and the disclosure in the “about us” tab that they were an independent page administered by Disney historians, authors, and students of Disney history wasn’t enough to stop confusion with the official page.

Therefore, “after operating on Facebook for nearly a decade and organically growing an audience which expressed more than 18,600 likes, we find ourselves back at the starting point” said Holzer.

The new page is called “It All Started with Walt Disney” and Holzer hopes that some of previous page’s fans are readers of The Disney Blog who will return to like the new page.

Here’s more from Holzer on the mission of his page:

“It All Started With Walt Disney” is an independently operated page for people who study the life, legacy and history of Walt Disney and his team with a bit of timely topical Disney Company news.

We will continue to promote institutions with public events encouraging the study of Disney history, including Diane Disney Miller’s “living book” — The Walt Disney Family Museum in San Francisco — as well as others like Walt’s Hometown Museum in Marceline, Mo.; Carolwood Pacific Historic Society and Walt’s Barn at Griffith Park in Los Angeles; Walt’s Birthplace in Chicago; the Cartoon Art Museum in San Francisco; Thank You Walt Disney in Kansas City; and, the Ben Sharpsteen Museum in Calistoga.

We’ll make note of anniversaries and significant dates in the history of the Disney family and the people who played important roles in the success of The Walt Disney Company, including those who worked at the studios or the theme parks.

We’d like to thank you for joining us in this time of transition and letting your Disney-loving friends know that we’re back because “Walt had a dream and that was the start.”

Please help us rebuild by spreading the word, sharing with old friends and inviting new ones to be our guests. Visit, enjoy, and contribute to telling and preserving the story and legacy of Walt Disney.

If you work at Facebook and can help Holzer recover the page, merge the old page with the new name, or even just recover content from the previous page, I’m sure your assistance would be greatly appreciated.