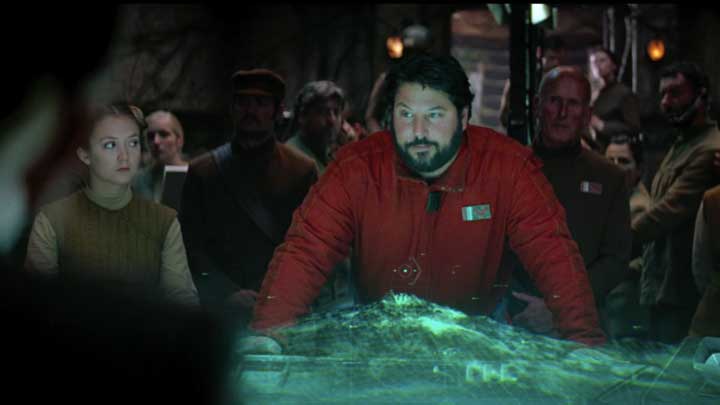 Actor Greg Grunberg has been a part of many J.J. Abrams productions over the years. From TV’s Felicity, Alias, LOST, to big screen roles in Mission: Impossible III, Star Trek Beyond, and even Star Wars: The Force Awakens, Grunberg has been there. Abrams jokingly refers to Grunberg as his good luck charm and looking at the success of those shows, he’s probably on to something. It was just confirmed by Deadline Hollywood that Grunberg will be back for Star Wars: Episode IX, which J.J. Abrams is directing.

In the Star Wars Galaxy Grunberg plays the ace X-wing pilot Temmin ‘Snap’ Wexley (what a great name!). Wexley is part of the Black Squadron led by Poe Dameron, after the battle of Starkiller base, that squadron was deployed to the Outer Rim (to explain why they didn’t appear in The Last Jedi). So it will be interesting to see what it takes to bring him back for Episode IX.

If you’re a Grunberg fan (we are) make sure to see Bradley Cooper directed “A Star is Born.” Grunberg plays the driver of Bradley Cooper’s character. The movie is already getting Oscar buzz.

Star Wars: Episode IX is scheduled for release in December 2019.