Rolly Crump joined the Walt Disney Studios in 1952 working as an animator on projects like Peter Pan, Lady and the Tramp, and Sleeping Beauty. In 1959 he took his talents for design to WED Enterprises to help user Disneyland into the future. Crump’s work helped develop such iconic creations as Haunted Mansion, Enchanted Tiki Room, it’s a small world, and attraction posters.

Crump was in the soup with all the greats of what would become Walt Disney Imagineering as Disneyland and Walt Disney World developed and grew. He remains one of the few people who can talk authoritatively about what their original intent was in designing the attractions, shops, and shared spaces we continue to explore and enjoy today.

A outstanding new profile of Crump appeared in the LA Times over the weekend. It paints the 88-year old designer as a rebel, protector of individual freedom in corporate art, and a believer that the theme park is a plae of living art. In it Crump laments that the park he helped create no longer feels live. “The park is gone,” he said.

“No one is trying to keep charm in the park, and I’ve had enough of it,” Crump says of the Disneyland of 2018. “This has been my whole life.” 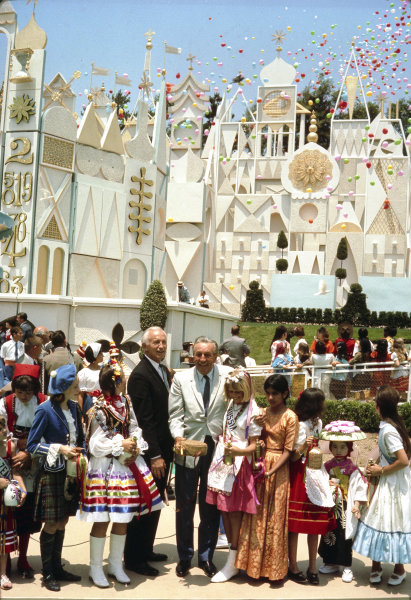 Here’s an interview with Crump from The Walt Disney Family Museum that focuses on his work on his designs for Disneyland’s Haunted Mansion.

It’s true that the park we walk through today owes its existence to the Imagineers who poured their personalities into the attractions, shops, restaurants, and open spaces of Disneyland. It’s an unknown if the park would even still be around today if it hadn’t been more commercialized in the years since then.

Where do you fall on the spectrum of theme park fandom? Are theme parks living art imbued with the stories and personalities of their creators? Or are they glorified shopping malls where design is value-engineered to attract the optimum guest to empty their wallets in their quest for that mythical family vacation experience?

Pick up Crump’s autobiography “It’s Kind of a Cute Story” on Amazon today where your purchase will help support The Disney Blog. Thank you.