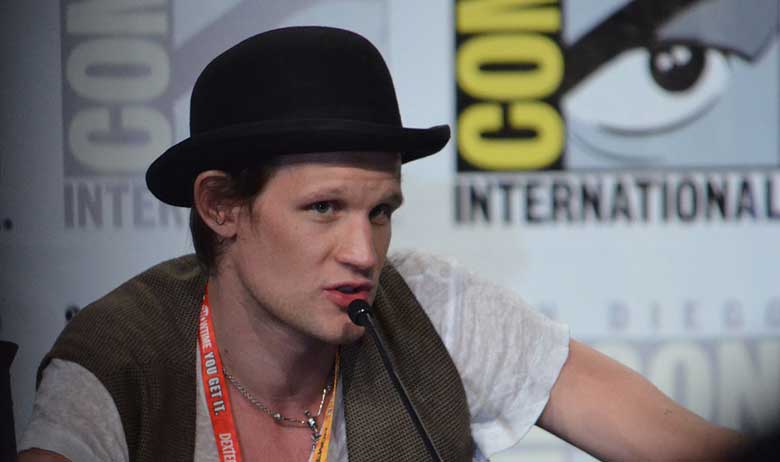 The thing about the Millennium Falcon is that it looks bigger on the inside. If so, then new Star Wars star Matt Smith will feel right at home in the cast of Star Wars Episode IX. Director J.J. Abrams has cast the former Doctor Who star, he was the 11th Doctor, to play a ‘key’ role in the last movie of the Skywalker Star Wars Saga.

At this point we don’t know if Smith will play a hero, villain, or someone whose motives are a bit more murky. However, those with English accents are often found in the bad guy roles. Smith does have an American accent in his repertoire (see Terminator Genisys). I’m not saying it was a great accent, but he’s had 3 years to improve it. Smith was also recently seen in the Netflix series “The Crown” in the role of Prince Phillip (the role has been recast as the series jumps forward in time for the next season).

Smith’s casting as the famous science fiction time traveling alien Doctor was originally criticized because of his youth, he managed to provide a truly profound performance often showing insight and emotion beyond his years. This bodes well for whatever role he takes on in that galaxy far, far away.

Star Wars Episode IX drops more than a year from now on December 20, 2019 and is currently in production.

Tip of the hat to Variety’s Justin Kroll who broke the news earlier this week.