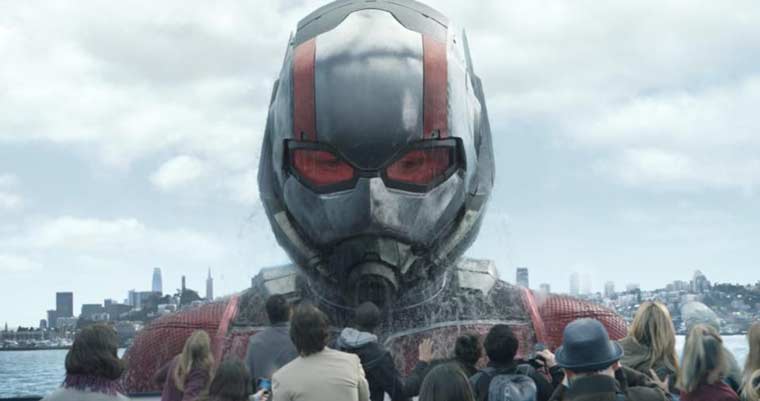 It’s been a while since we checked in on Marvel’s “Ant-Man and the Wasp,” but the movie has quietly been building a buzz at the box office. After this weekend, the new worldwide total is $544.1 Million, thanks to a large $68M opening in China this weekend. That was the 4th best MCU open ever in that market. The Wasp is currently the 15th highest grossing film in the Marvel Cinematic Universe (MCU).

At $332.6M, the international box office makes up about 60% of the total take for the Ant-Man sequel and there’s more to come as the film still hasn’t opened up in Japan.

Disney is also having success with Pixar’s “Incredibles 2,” which is now at $1.14 Billion making it the 19th top grossing film of all time. We’re definitely expecting to see more from the Parr family soon.

The news isn’t so good for Disney’s “Christopher Robin,” which has only grossed $77.6M domestically and $36.4M internationally. Still that’s a better performance than the remake of “Pete’s Dragon.”

Finally, “Avengers: Infinity War” has slipped past $2 billion worldwide and is about $21M short of Black Panther’s domestic total atop of all MCU movies. It’s not likely to catch up unless Disney does a holiday re-release, which is unlikely now that the DVD is available in stores.

Which of these films have you already seen?