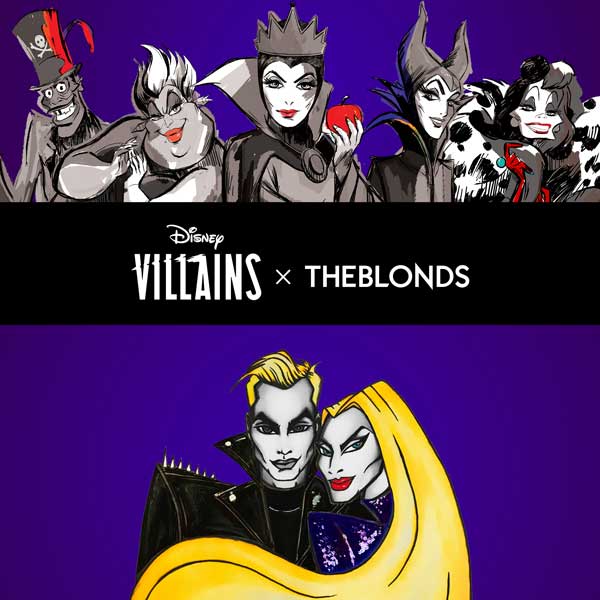 Slide into your best Cruella de Vil designer clothes or your other favorite villain-themed Disneybounding outfit and get ready for a unique fashion collaboration between Disney Consumer Products and The Blonds, a NY fashion house power pair known for their glamorous over the top designs with a rebellious twist, during the upcoming New York Fashion Week.

Disney Villains will take center stage at New York Fashion Week on September 7, 2018, when luxury fashion brand The Blonds present ‘Disney Villains,’ a runway show featuring their Spring ’19 collection, which was inspired by some of Disney’s most wicked characters.

“Disney Villains have long lived in the dark shadows of the beloved heroes and heroines of their stories, and yet these characters are just as celebrated,” said Ken Potrock, President, Consumer Products and Commercialization. “Through our collaboration with The Blonds, some of Disney’s most notorious villains will be reimagined in totally unexpected ways during one of fashion’s most important weeks.”

Known for creating glamorously over the top pieces with a rebellious twist, The Blonds, co- founded by designer Phillipe Blond and creative director David Blond, will feature looks inspired by villains such as Cruella de Vil, Maleficent, Evil Queen, the Queen of Hearts, Dr. Facillier, Ursula and her dark eel minions Flotsam and Jetsam during the show. 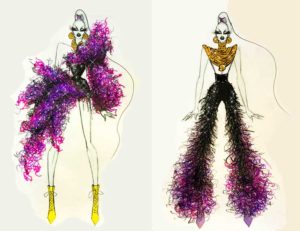 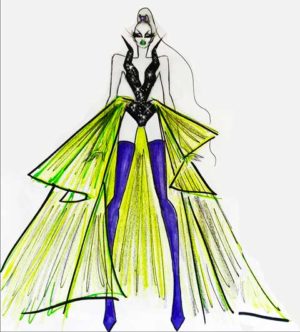 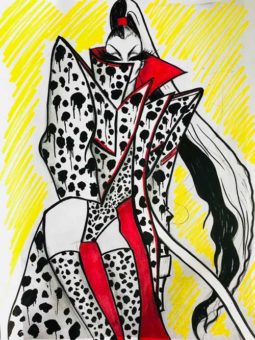 “The Disney Villains style is iconic and has inspired us since childhood and throughout our career. The opportunity to collaborate with Disney and see these designs come to life on The Blonds runway is an absolute dream come true,” said David and Phillipe Blond, Designers, The Blonds.

As part of the creative process, Phillipe and David toured the Disney Archive Research Library where they learned about each Villain’s mythology and viewed the inspiration behind the iconic animation of these characters, including original artwork and sculpts.

“What drew us to working with Disney Villains are the complex attributes of the characters themselves,” continued David Blond. “Often misunderstood, Disney Villains are flawed, imposing and mysterious, and we loved the idea of taking these characteristics and translating them in a glamorous way, making them the heroes of our story.”

The show will be livestreamed on Disney.com, www.theblondsny.com and www.nyfw.com. Judging by these sketches it will be a most glamorous take on Disney’s classic villains. Will you be watching?