Captain Marvel shows early signs of being a hit 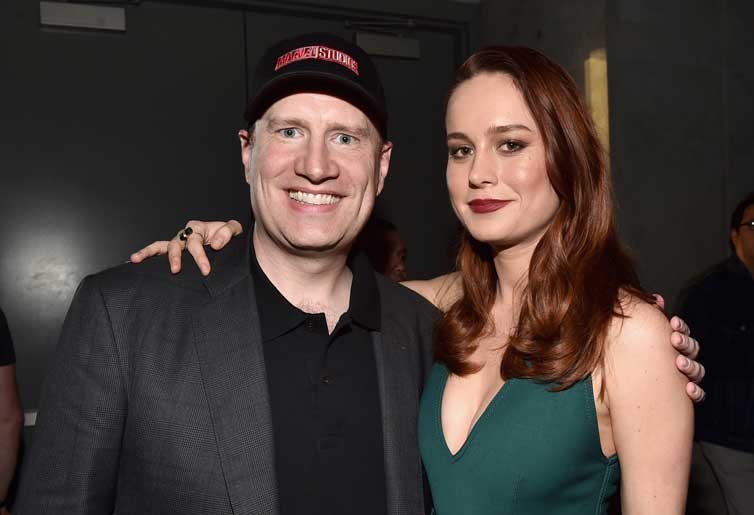 The next film from Marvel Studios is “Captain Marvel” starring Brie Larson as Carol Danvers an Air Force pilot who becomes Captain Marvel when her DNA is fused with that of an alien during an accident. The film wrapped filming recently and is scheduled for release on March 8, 2019. We’re not hearing much about it due to tight security around the set, but a few comments have slipped through the cracks recently that point in a very positive direction.

“Captain Marvel” was teased at the end of Marvel’s mega-hit “Avengers: Infinity War” when her logo appeared on a device just before the snap of Thanos claimed the life of Nick Fury. However, this movie is set in the ’90s, which means the events of Infinity War will be in the distance future during this movie.

It was revealed earlier this month that Samuel Jackson will reprise his Nick Fury character and Clark Gregg will also be back as Agent Coulson for “Captain Marvel.” Both will be digitally de-aged around 25 years for the movie. If you compared the digital de-aging process from when we saw it in “TRON Legacy” with Jeff Bridges to what we just saw in “Ant-Man and the Wasp” with Michelle Pfeiffer and Michael Douglas, it’s clear the process has come a long way. It should be even more seamless in “Captain Marvel.”

EW recently spoke with Jude Law who has an undisclosed role in the superhero film. Although he’s rumored to play the original Mar-vell, Law would not confirm or deny it. Instead he praised the work of Larson, “Brie Larson has approached it with incredible dedication and devotion. She really turned out a wonderful performance — fun and feisty and smart. I think she’s going to be absolutely magnificent.”

This is very encouraging early sign that “Captain Marvel” will be another fantastic hit for Marvel. The Marvel Cinematic Universe as we know it, is supposed to reach its dramatic conclusion in Avengers 4. Who knows where Marvel movies will go from there, but Disneys’ purchase of 21st Century Fox promises to mix things up. For the first time Marvel will be able to bring the X-men franchise and Fantastic Four into their super hero movie universe.

Mavel Studios president Keven Feige has said Captain Marvel is one of the Marvel Universe’s most powerful heroes. Yet, as we’ve seen in all the films in the Marvel Cinematic Universe so far, all of the super heroes have their own flaws, their own humanity. It’s the exploration of that tension that makes Marvel’s movies so popular with fans.

Are you planning on seeing “Captain Marvel” in theaters?