Ant-Man and The Wasp: Nano Battle opening in Hong Kong Disneyland in 2019 We’re excited to get the name and some new concept art for the newest Marvel attraction coming to Hong Kong Disneyland. Ant-Man and The Wasp: Nano Battle will feature Scott Lang and Hope Van Dyn as they battle the evil forces of Hydra.

When a routine trip to the S.H.I.E.L.D. Science and Technology Pavilion at Stark Expo takes an unexpected turn, guests join forces with Ant-Man and The Wasp in S.H.I.E.L.D.’s state-of-the-art vehicle to fight against Arnim Zola and his army of Hydra swarm-bots in a heroic battle. 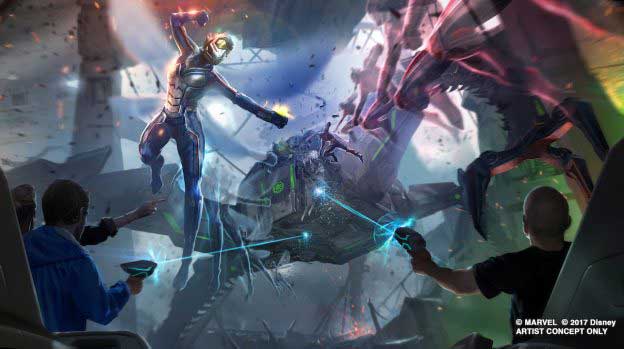 Paul Rudd and Evangeline Lilly, the stars of Marvel Studios’ “Ant-Man” films, also appear in this all-new, interactive attraction. Here they talk about what it means for their characters to have their own Disney theme park attraction:

Alright, that seems like it has a lot of potential. I like the interactivity with the guests. It looks like this will use the former Buzz Lightyear vehicles with their laser target shooting ability but with some upgraded technology. 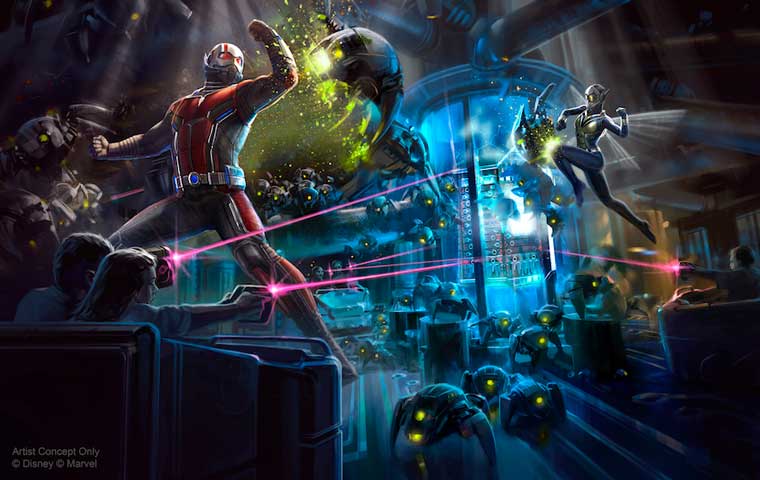 Ant-Man and The Wasp: Nano Battle will debut in 2019 as part of the growing Marvel themed area in Hong Kong Disneyland. This May the park will also add “Moana: A Homecoming Celebration.”