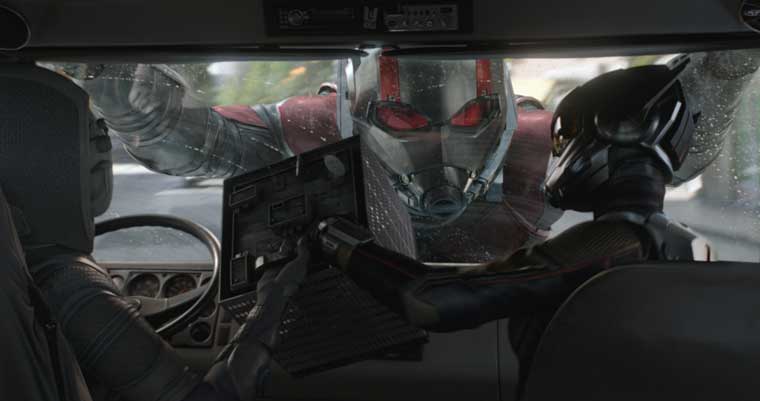 Editor: Do you have your review ready for Marvel Studios’ “Ant-Man and The Wasp?”

Me: Sure! It was super-sized fun.

Ed: I was hoping you could provide a bit more than that.

Me: The humor and action captured the spirit of the first movie and a bit more.

Me: Paul Rudd is very funny as Scott “Ant-Man” Lang.

Ed: What about Evangeline Lilly?

Me: She was the Queen of action.

Me: Yep, the whole crew from the first movie is back doing their thing in wonderful ways.

Ed: What about those Avengers?

Me: They’re off saving the world during the course of this movie. But the after-effects of ‘Captain America: Civil War” are definitely felt in this movie. 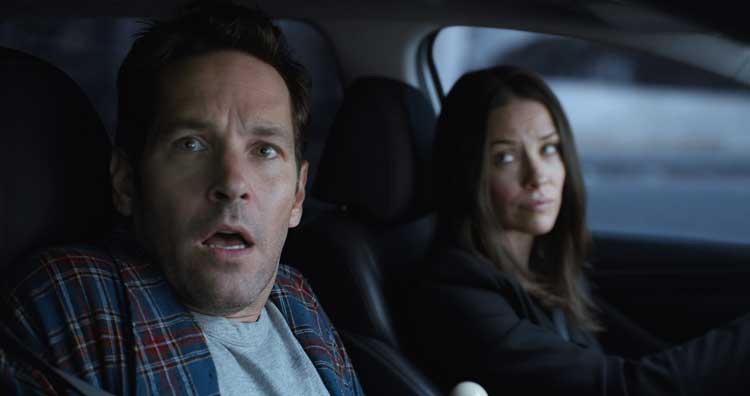 Me: Well there is a new villain (or two) and some new quantum technology for them to chase. “Ant-Man and the Wasp” is the purest comic book fun of all the movie series while still trying to be very much a part of this world.

Ed: Wait did you say quantum? You don’t need a B.S. to understand this movie do you?

Me: No. Scott Lang plays the fool so the audience doesn’t have to. Once the movie has started rolling, you’ll be fully engaged without having to worry about sines or cosines.

Me: Yes there are. Two, in fact. The first is what ties in Ant-Man with the events of “Avengers: Infinity War.” If you’re in a rush to leave, you can probably skip the second.

Ed: How would you compare this movie with the first “Ant-Man” in 2015?

Me: It brings back everything you liked from the original and adds in a lot of great new backstory to the Pyms and their Pym Particle research. This time you get to see the talents of The Wasp on display too. I’d rank it above the original on the list of Marvel Cinematic Universe movies.

Me: I felt like the screenplay by Chris McKenna was very solid. It brought a lot of laugh-out-loud comedy to the big screen while keeping the action going. Even the more heartfelt emotional beats were played with a touch of humor, which fit in well with the whole theme of the movie.

Ed: Where did the movie fall down?

Me: It’s a Marvel super hero movie, so you have to really suspend your disbelief and not question the logic for some of the major plot points. That said, if you are willing to just sit back, dig into a big bag of popcorn, and enjoy the movie, you’ll have a great time.